Strong winds were felt in parts of Southern California Sunday, with even more severe gusts expected in the middle of the week, forecasters said. 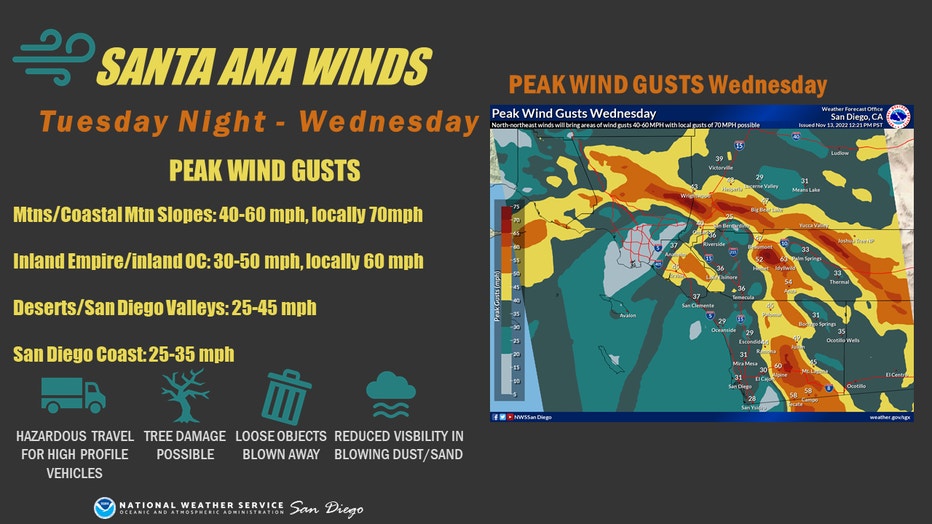 Temperatures will climb well into the 70s by Wednesday, with humidity likely dropping into the 8% to 15% range, and several hours of red flag conditions are likely over Los Angeles and Ventura counties, especially Wednesday, the NWS said. No rain is expected this week. 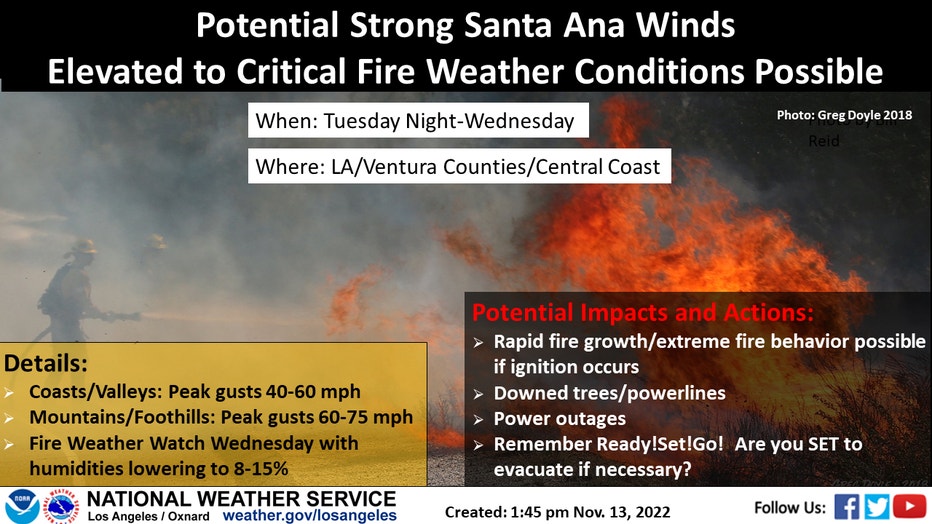 Another moderate to strong Santa Ana is possible next weekend.