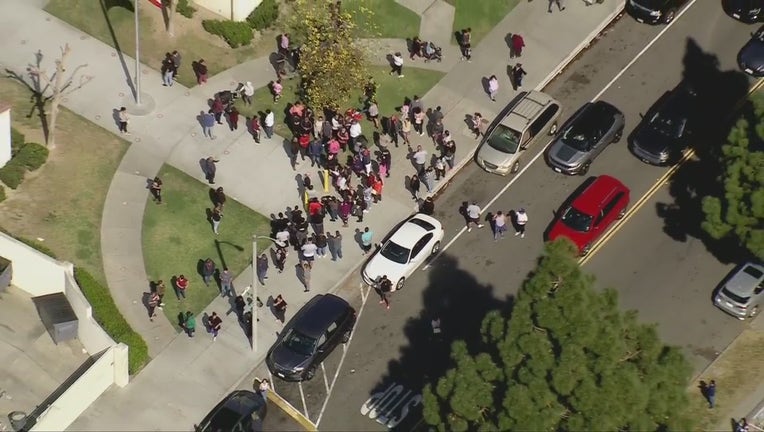 SANTA ANA, Calif. - An apparent bomb threat placed Santa Ana High School on lockdown for more than an hour before the school was eventually given an all-clear sign.

Officers responded to the 500 block of W. Walnut Street around 1:30 p.m. Thursday. According to Santa Ana police, someone called the police department and made a bomb threat towards the school.

The lockdown was lifted at 4:20 p.m. when police cleared the campus of any threat; they did not find any suspect or a bomb.

Before students were eventually released, Santa Ana Unified sent a letter earlier in the afternoon to parents notifying them of the lockdown. Prior to the lockdown being lifted, officials say no one is allowed in or out of the campus while officers are on scene.

No one was hurt in Thursday's tense situation, officials say.