Two people were shot and killed steps away from the historic Bembridge House in Long Beach over the weekend.

LONG BEACH, Calif. - A family is devastated after two people were gunned down near the Bembridge House in Long Beach over the weekend. The shooting may have occurred following a dispute over a parking spot and the suspects were at large, police said. 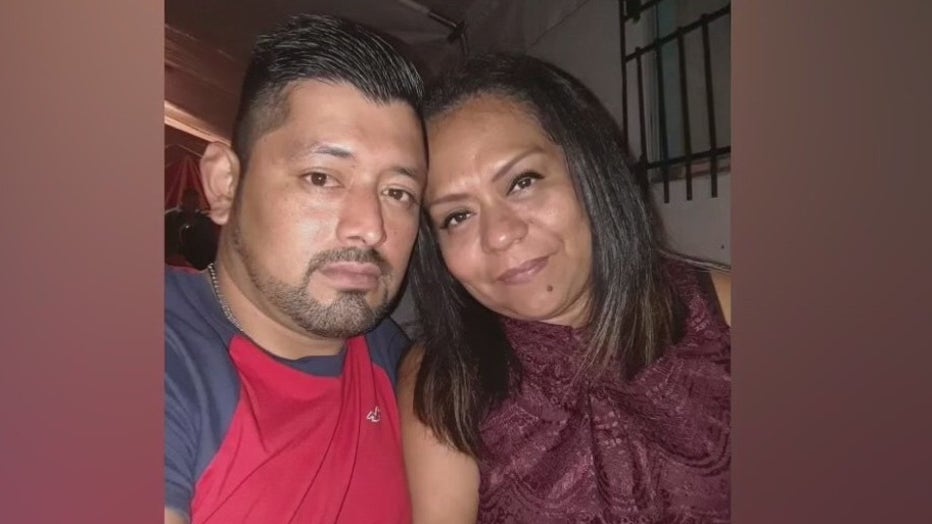 The two victims were identified by Long Beach police as Maricela Honorato, 44, and Juan Guizar-Gutierrez, 39. Honorato is a mother of three daughters.

The shooting happened on Saturday feet from the historic Bembridge House.

According to family members, Guizar was trying to park his car when two men in another car behind him reportedly starting screaming, honking, and acting aggressively toward the family. Words were exchanged between Guizar and the two men when the altercation turned violent and one of the suspects pulled out a gun and shot the couple, police said.

One of Honorato’s daughters actually heard the gunfire and ran out to the scene.

A Long Beach couple was shot to death over the weekend, officials said.

"She was still half alive. I tried my best telling her to hold on and that I loved her," Marie Hororato said in an emotional interview.

Long Beach police say Guizar died at the scene and Honorato was rushed to an area hospital where she later died.

"It’s so unfair how two lives are taken over an argument. Over a parking spot," Tania Honorato said.

A GoFundMe page has been launched for the grieving family.

Police say there were several witnesses since there was an event happening at the historic landmark. However, a description of the suspects has not been released.

Anyone with information is asked to contact Long Beach PD.