Parents in Riverside are behind bars after police say the couple's children were abused for possibly several years.

RIVERSIDE, Calif. - Parents in Riverside are behind bars after police say the couple's children were abused for possibly several years.

According to the Riverside Police Department, the couple's teenage daughter was the target of an "alleged ongoing sexual abuse" by her father. During the investigation, police also learned that the teen girl's brother was sexually abused by their stepmother, Riverside PD said in a press release.

The investigations prompted Riverside PD to arrest 34-year-old Joshua Hawkins on November 23, 2021. Hawkins was charged with lewd acts with a child under 14 with force, continuous sexual abuse of a child, child cruelty and acting in concert, aiding or abetting in sexual assault with a victim under 14.

The stepmother, 30-year-old Sabrina Hawkins, was taken into custody on February 3, 2022 and was charged with aggravated sexual assault and lewd acts on a minor, child cruelty, continuous sexual abuse of a child, and acting in concert, aiding or abetting in sexual assault with a victim under 14. 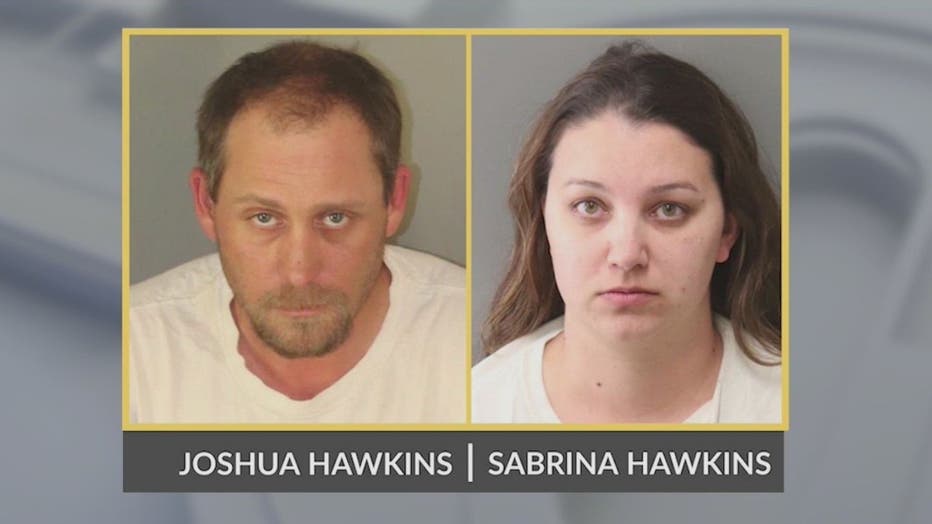 Both parents are being held on a $2 million bail. The victim children are safe and in the care of family, Riverside PD said.

Prior to their arrests, the couple was known for being involved in the community, as well as helping with school activities in and around the Orangecrest neighborhood, police said.