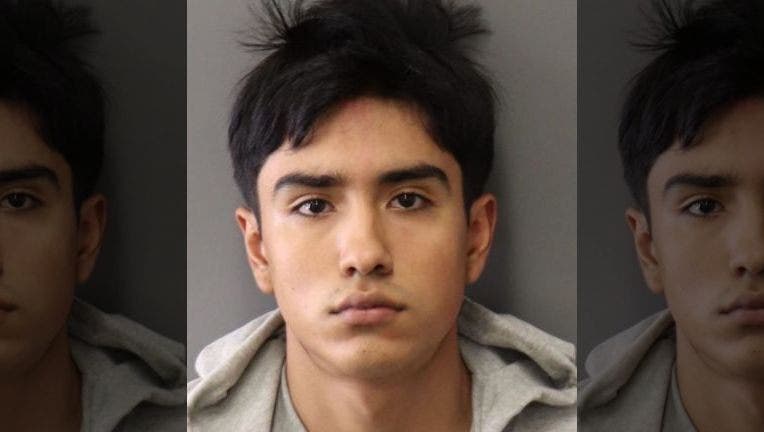 According to a statement from the Department of Justice, on February 13 Ramos-Corrales slit his puppy's throat by approximately 1.7 inches, causing the dog to bleed out and go unconscious.

While the injured puppy laid on the floor, Ramos-Corrales recorded a video and posted it online. On the video, he can heard saying words such as "I’m cold-hearted," and then kicked Canelo.

The video prompted multiple complaints to Riverside police, who quickly identified Corrales and went to his residence the same day.

"(Officers) found him with fresh blood stains on his clothes, as well as freshly cut wounds on his hand,'' according to a U.S. Attorney's Office statement. "Inside the residence, officers found the severely injured dog lying on a bed and observed blood spatters in both the bathroom and bedroom.''

Animal control officers were contacted and soon arrived at the location. The law enforcement personnel spoke to Corrales' roommate, who said he "locked himself in his bedroom after observing blood spatter and the dog wrapped in a rug, while Corrales was in his room, yelling,'' according to the U.S. Attorney's Office.

The puppy was taken to the Western Riverside County Animal Shelter in Jurupa Valley, where veterinary staff determined that, because of the many broken bones in his skull and chest, he could not be saved, at which point he was euthanized, according to investigators.

Ramos-Corrales was booked into the Robert Presley Jail in Riverside on suspicion of animal cruelty, then was released on his own recognizance hours later with a criminal citation, as part of the county's ongoing coronavirus emergency bail schedule adopted under state guidelines to limit exposure risks in lockups.

He was re-arrested and placed in federal custody on April 26. He posted a $15,000 bond and was released the following day. According to prosecutors, Ramos-Corrales later told investigators that he
had purchased Canelo via a Craigslist posting toward the end of 2020, but said he did not recall the events of Feb. 13.

A sentence hearing is scheduled for Aug. 16., Ramos-Corrales faces a maximum seven years in federal prison, according to prosecutors.