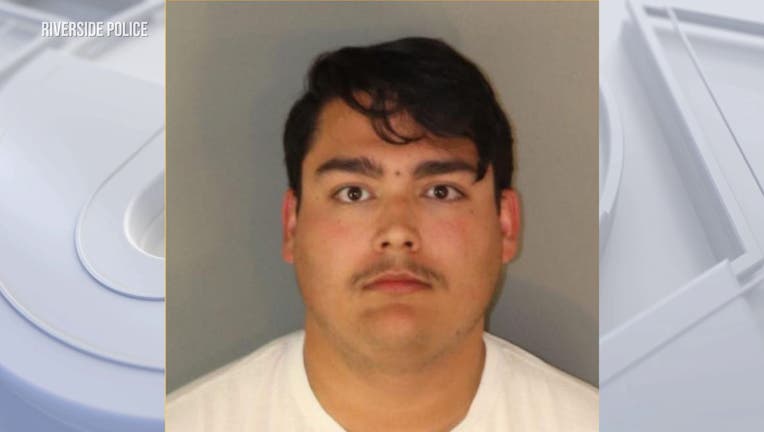 RIVERSIDE, Calif. - A Riverside father has been arrested on suspicion of murder for the suffocation death of his three-month-old daughter, the Riverside Police Department announced Wednesday. Kyle David Benitez, 22, was arrested last Friday after a roughly six-month-long investigation into the child's death.

The incident happened in late December 2021, according to Riverside PD, when officers responded to calls of a baby not breathing in their crib at a home in the Sycamore Highlands neighborhood. Paramedics pronounced the child dead at the scene.

Investigators believe that Benitez purposely wrapped the child in a heavy blanket and positioned her in a specific way to make her stop crying. Police say the coroner determined the child died from suffocation, ruling the death a homicide.

SUSGGESTED: Aunt, uncle arrested for abuse and torture of 5 kids including branding, strangulation

Benitez has been booked for murder, assault with a deadly weapon causing great bodily injury, domestic violence and willful harm to a child. He's being held on $1 million bail.

Riverside Police are still investigating the child's death. Anyone with information is asked to call the department at 951-826-8716.