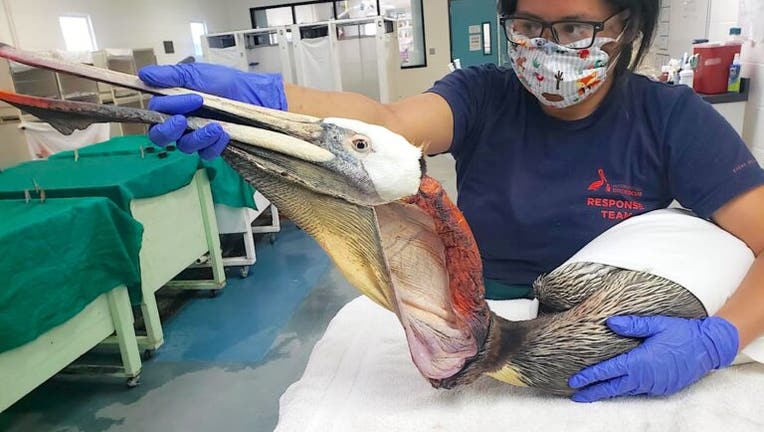 LOS ANGELES - A $5,000 reward is being offered for information leading to the conviction of whoever is slashing the pouches and necks of brown pelicans on the Southern California coast.

International Bird Rescue posted the reward after four pelicans with identical, severe injuries were brought in for care at its facility in the San Pedro area of Los Angeles.

International Bird Rescue said in a statement this week that the injuries are different than the hundreds of pelican pouch injuries seen by staff veterinarian Rebecca Duerr.

Most injuries are caused by fish hooks, boat propeller strikes of those or similar accidents, but the apparently deliberately injured birds have straight cuts through both sides of the pouch, it said.

The most recent wounded bird had to be euthanized.