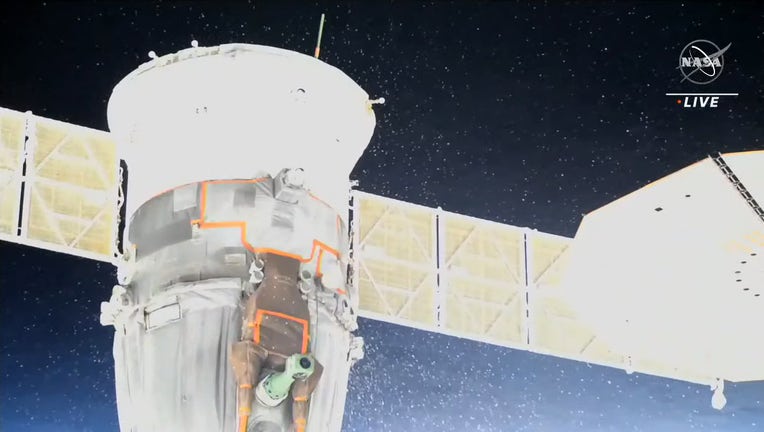 A NASA TV image of the leaking Soyuz spacecraft on Dec. 15.

CAPE CANAVERAL, Fla. - NASA and the Russian Space Agency managers are still working on a plan for how two cosmonauts and a NASA astronaut will return to Earth after their ride home from the International Space Station was damaged.

NASA said the suspected leak source is the Soyuz external radiator cooling loop, which helps keep the spacecraft at the right operating temperature. There are two coolant loops on the spacecraft, one that feeds into the crew compartment and one external. 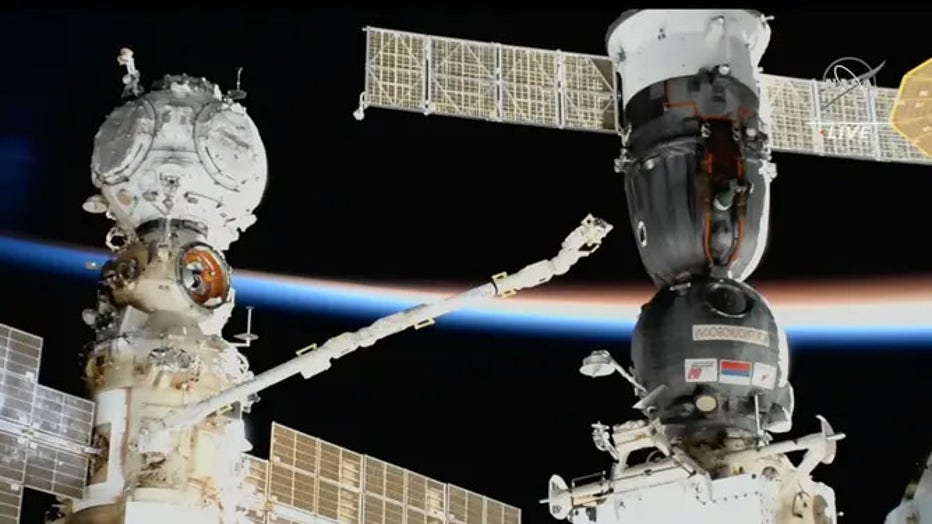 The SoyuzMS-22 spacecraft (on the right) was discovered leaking coolant into space on Dec. 14, 2022. (Image: NASA)

Roscosmos director of human spaceflight Sergei Krikalev told reporters on Thursday two small holes caused all the coolant on the Soyuz spacecraft to leak out.

Kirkalev said there are two damaged areas, one about 4 millimeters in the coolant loop and another 1-millimeter hole on the radiator.

NASA ISS manager Joel Montalbano said more imagery analysis is needed to determine how the spacecraft was damaged. One theory was the ongoing Geminid Meteor Shower.

The damage could have been caused by another meteorite, unrelated to the Geminids, or a piece of orbital space debris, according to Montalbano. 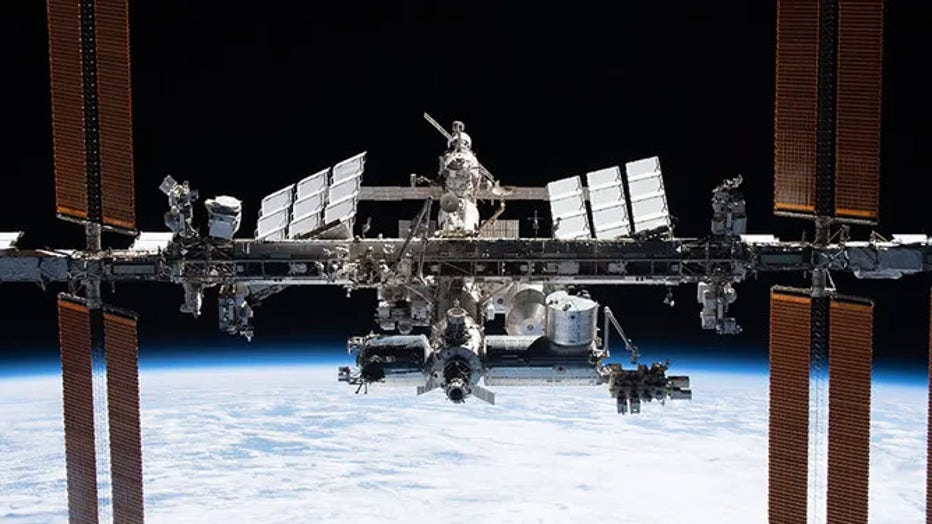 The space station as seen from the SpaceX Crew Dragon Endeavour during its departure on Nov. 8, 2021. (Image: NASA)

NASA Astronaut Frank Rubio, Prokopyev and Petelin arrived at the ISS in September onboard the Soyuz, and the Russian spacecraft is also their ride home.

WHY A SPACECRAFT CLAW WAS BUILT TO CLEAN UP SPACE JUNK

Kirkalev said mission managers are still trying to determine if the Soyuz can undock and re-enter Earth's atmosphere safely with the three crew members or if another Soyuz will need to bring them home.

"Now we are doing formal analysis to see if we can use this vehicle to do a nominal reentry with the crew … or we need to send a rescue vehicle to the station in the future," Kirkalev said.

The Soyuz and SpaceX Crew Dragon spacecraft docked at the ISS are the only way astronauts can get back to Earth.

Another Soyuz was scheduled to launch in March. Kirkalev said that the launch could be moved up several weeks if needed. 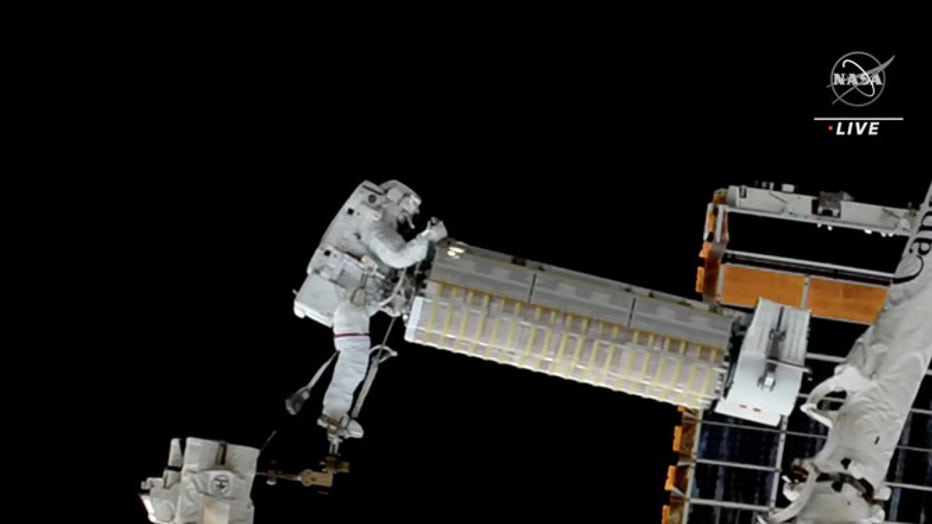 It's been a busy few weeks on the ISS, where seven astronauts and cosmonauts live and work.

On Wednesday, NASA delayed Rubio and NASA astronauts Josh Cassada's spacewalk due to a threat from orbital space debris. Using the Russian Progress cargo spacecraft, the ISS maneuvered out of harm's way. NASA said the space trash in question from a Russian rocket part never put the ISS crew in danger.

After the 24-hour delay, Rubio and Cassada began their spacewalk on Thursday to finish installing new rollout solar arrays outside the ISS, part of the ongoing work to upgrade the 24-year-old space station's power grid.