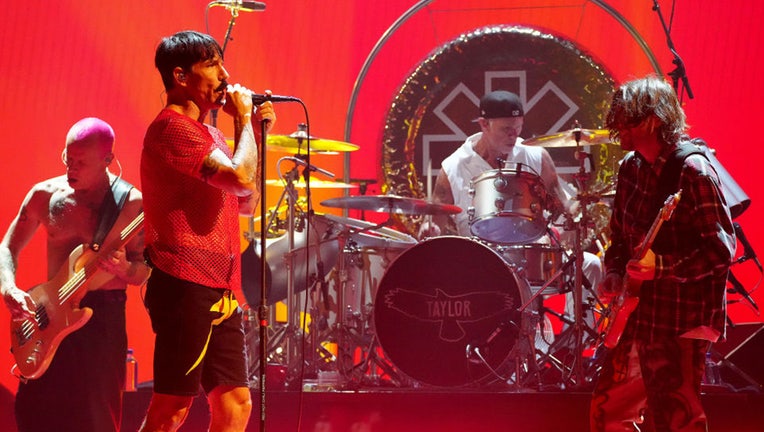 NEW YORK - There's no rest for the spicy: Fresh off a world tour and two albums this year, Red Hot Chili Peppers are preparing for a set of stadium shows and festival stops across North America and Europe in 2023.

Live Nation said Monday the band's 23-date global trek kicks off March 29 at BC Place in Vancouver, followed by shows in Las Vegas, San Diego, Houston, Lisbon, Madrid, Vienna and more before wrapping up on July 23 in Glasgow, Scotland.

Joining the band on select dates will be The Strokes, Iggy Pop, The Roots, The Mars Volta, St. Vincent, City and Colour, Thundercat and King Princess. Tickets go on sale starting Dec. 9 at 10 a.m. local time at redhotchilipeppers.com.

The funk-rock band gave us not one but two albums in 2022 — October's "Return of the Dream Canteen" and April’s "Unlimited Love." Both spent time at No. 1 of Billboard's top album sales chart.

The Peppers recently took home the Global Icon Award, at the MTV VMAs and their single "Black Summer″ also won the award for Best Rock Video.

Trade publication Pollstar put the Peppers at No. 4 on its list of most lucrative concert tours in 2022, behind Bad Bunny, Elton John and Lady Gaga, with an average box office gross per city of $5,605,217 and an average ticket price at $134.39.