LONG BEACH, Calif. - The Gerald Desmond Bridge is an iconic landmark in the city of Long Beach.

The reconstructed bridge is about to open and it will look a lot different than before.

A big dedication ceremony will held Friday as a boat parade travels under.
The bridge will open to the public on Monday, Oct. 5.

Meanwhile, on Thursday crews worked to put the finishing touches.

The base of the new bridge is exactly where the top of the old bridge used to be.

In 2013, FOX 11’s Hal Eisner was on Good Day LA under the old bridge in a tour boat with then Mayor Bob Foster and others to get an idea of their vision for the $1.5 billion replacement bridge.

“It’s going to be replaced by a much more modern bridge, a higher bridge and 70% of that traffic is commuter traffic so it’s very important to the city,” stated former Mayor Bob Foster.

Some 70,000 vehicles travel across the bridge. 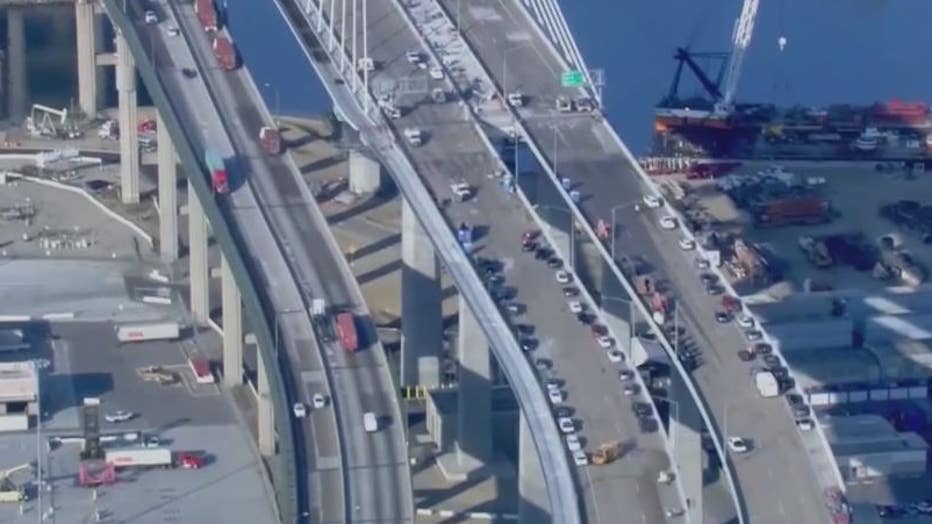 The old bridge, built in the 60’s and named after then City Attorney and Councilman Gerald Desmond may have been good when it was built in the 1960’s. But by 2013 it was old, in disrepair, and too small for the newest cargo ships being built.

So the project started. Over the next seven years, workers built a new two mile long cable-stayed bridge with 80 steel cables wrapped in PVC piping strapped across two towers. Capable of handling the newest, biggest, and widest ships being made.

And this is no small feat. The two towers hold up the deck that weighs some 15,000 tons. 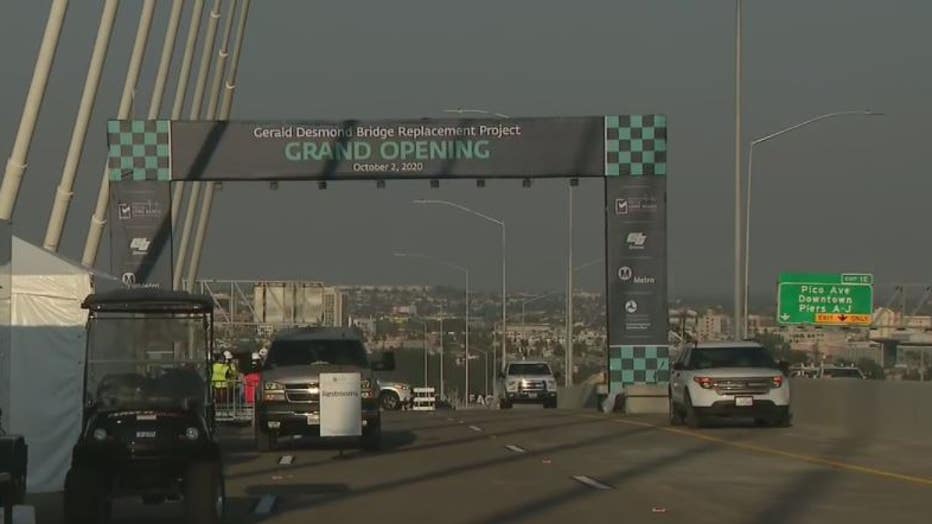 For the city and commuters there will now be three lanes in each direction, a new middle emergency lane, and shoulders.

They didn’t have the pandemic until this year and that changed the way workers did their jobs.

Cordero says they’ve been able to keep on schedule for the most part except for the bike and walking paths that may be two months away.

“This bridge is absolutely gorgeous and from the Downtown and with our 5 million visitors a year this bridge will be a very photographed monument and icon for the city,” said President and CEO of the Long Beach Convention and Visitors Bureau Steve Goodling.

As workers put in the final bolts… production crews are preparing for a global dedication ceremony that can be seen on the Port of Long Beach website.

The bridge has not been named yet, that will be up to the state legislature.