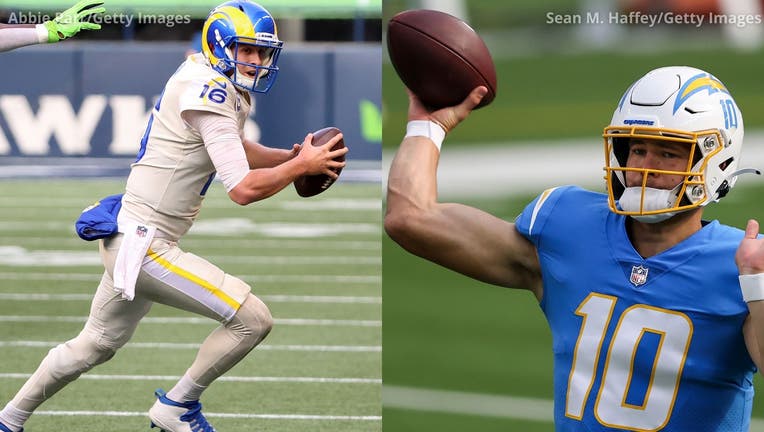 SEATTLE, Wash. - The Los Angeles Rams (9-6) will have to fight for a playoff spot in the regular-season finale after failing to take care of business on the road against the Seattle Seahawks.

The Rams fell to the Seattle Seahawks 20-9 in Sunday's NFC West showdown.

Had the Rams won, Los Angeles would have secured a playoff spot in the NFC bracket and take the first-place nod in the west division. Now, the division crown goes to Seattle and the Rams must fight for one of the three NFC wildcard spots.

Los Angeles drew first blood against Seattle (11-4) after kicker Matt Gay converted a 44-yard field goal to give the Rams a 3-0 lead in the first quarter.

The Seahawks answered early in the second quarter after kicker Jason Myers converted a 45-yard field goal to tie the game at 3-3. Los Angeles retook the lead the following drive after a 51-yard field goal from Gay.

Seattle turned the tables right after halftime as Russell Wilson lead a scoring drive that ended in a 4-yard keeper for a touchdown. The Rams tried to respond with a scoring drive of their own before getting stopped at the goal line.

After forcing a Seahawks three-and-out, Matt Gay converted his third field goal to cut Seattle's lead to 13-9 early in the fourth quarter. The Seahawks added some insurance points after Wilson found tight end Jacob Hollister in the end zone.

Rams quarterback Jared Goff's struggles continue as the former No. 1 overall draft pick failed to lead a drive that ended in a touchdown. Goff completed 24 of 43 passes and threw for one interception in Sunday's loss.

Back at SoFi Stadium, the Los Angeles Chargers are looking to avoid a last-place finish in the AFC West after beating division rivals, the Denver Broncos.

Following the Chargers' 19-16 win over the Broncos, Los Angeles' AFC team now holds a one-game edge over Denver in avoiding a last-place finish in the division.

During the game, Chargers quarterback Justin Herbert made history by setting an NFL record for most touchdown passes thrown by a rookie. The former 1st-round pick threw his 28th touchdown of the 2020 season after connecting with running back Austin Ekeler for a 9-yard touchdown pass, breaking Cleveland Browns quarterback Baker Mayfield's record.