LOS ANGELES - According to the American Cancer Society, mammograms fail to find one in five breast cancers.
But a different kind of scan can change those statistics.

Gwyneth Paltrow is a fan. And isn't afraid to show it -- all of it.  The actress and health advocate posted a photo on Instagram to her nearly 7 million followers.

She visited SonoBreasts in Santa Monica where she had a scan of her breasts.

"A lot of women don’t know about this procedure. Just to have her use Sonocine to spread awareness, it's great," said Jasmine Khorsandi, a Sonocine technician.

But it's very different from a mammogram.

"There’s no radiation. There's no squeezing of the breasts."

The machine is called the Sonocine. It’s a radiation-free and pain-free ultrasound. Gwyneth comes in between her usual mammograms to avoid being exposed to radiation so often. 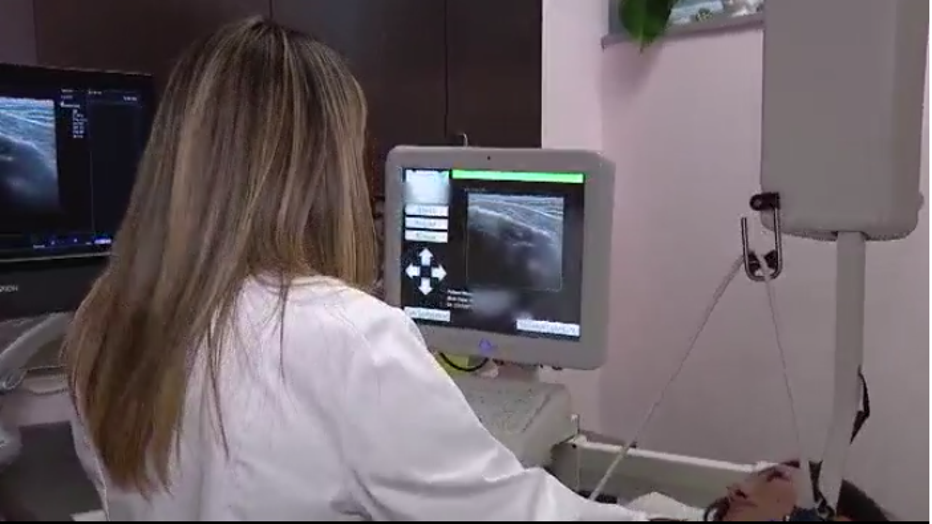 Here’s how it works. Imagine the same machine that does sonograms of a pregnant woman's womb, just a lot bigger. It starts at your lymph nodes where you put on deodorant, and it scans all the way to the chest wall recording 3,000 images. Those images can detect cancer up to three millimeters so even the smallest cancerous cells can be caught very early on!

Fifty percent of the cancers are missed. A typical traditional mammogram is going to miss it if you have dense breasts. It's like looking for a snowball in the snow. But with the Sonocine, cancerous cells show up as what looks like a tiny black spider on the sonogram. But, a mammogram wouldn't be able to catch it. 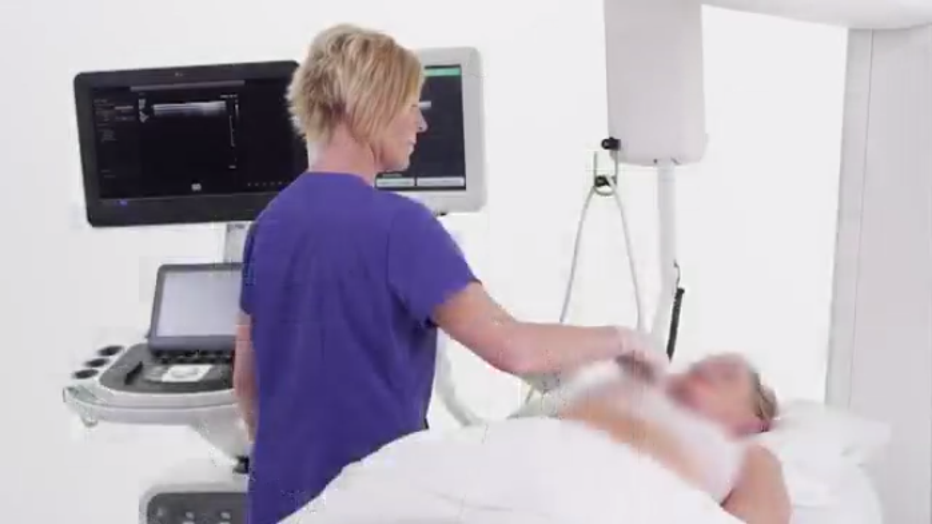 This scan could potentially save lives. However, it is pricy. It costs $475 and is not covered by insurance. But, Jasmine says many of her patients either get it partially or entirely reimbursed.