LOS ANGELES - A police chase involving the Los Angeles Police Department ended Monday with a police shooting on the off-ramp of the 5 Freeway in Pacoima, and the suspect was fatally shot by officers.

Lt. Raul Jovel said that shortly before 10 a.m., officers with the Mission Patrol Division were in the area of Laurel Canyon Blvd. and Osborne St. when the driver of a Honda committed a traffic violation.

The officers tried to pull the driver over, but the driver failed to yeild and a short chase ensued.

Jovel said the driver lost control of his vehicle and crashed on the off-ramp at exit 155A. When he exited his vehicle, the LAPD said he was armed with a handgun and an officer-involved shooting occurred. 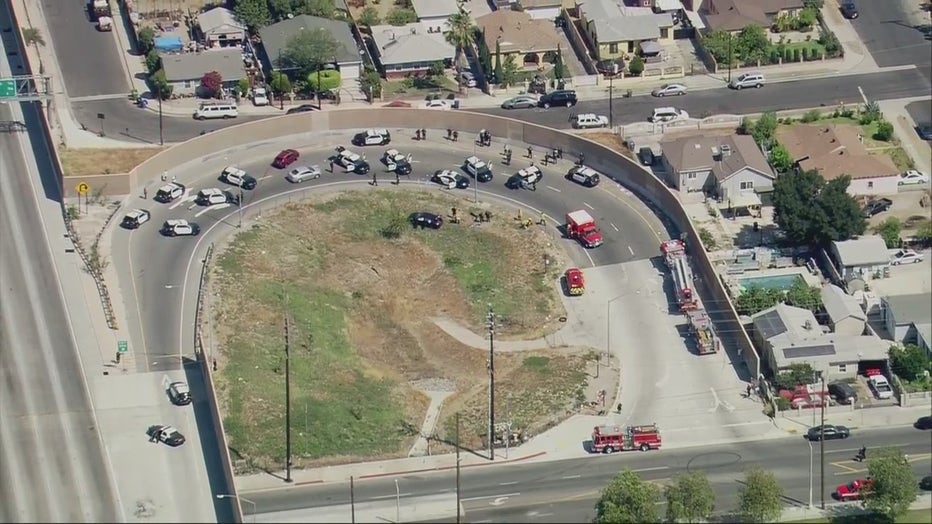 "At least one officer fired his service weapon at the suspect, striking the suspect," Jovel said.

Video from SkyFOX showed paramedics tending to the suspect, who was transported by ambulance to an area hospital. The suspect was pronounced dead at the hospital. 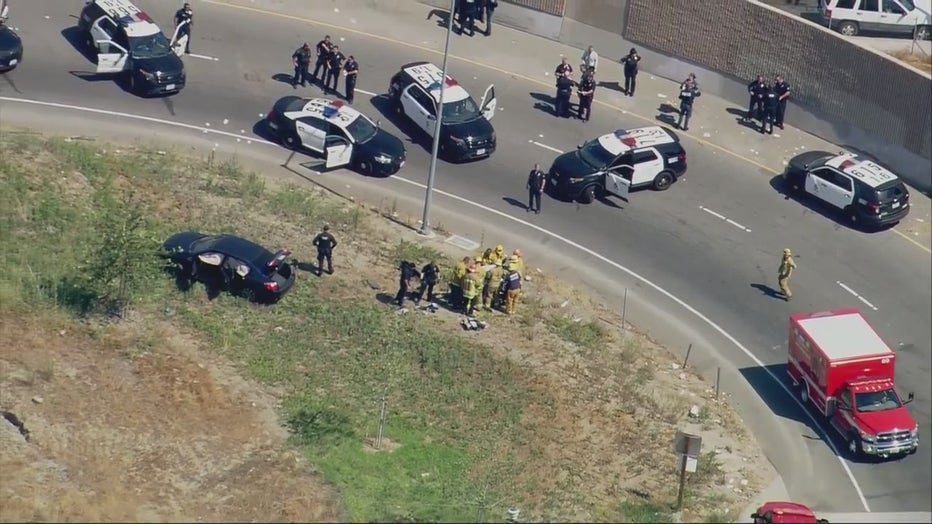 The suspect was later identified as 26-year-old Christopher Mark Garcia.

The LAPD released body-camera footage of the shooting, which showed Garcia advance towards officers as he raised his weapon prior to the officers opening fire.