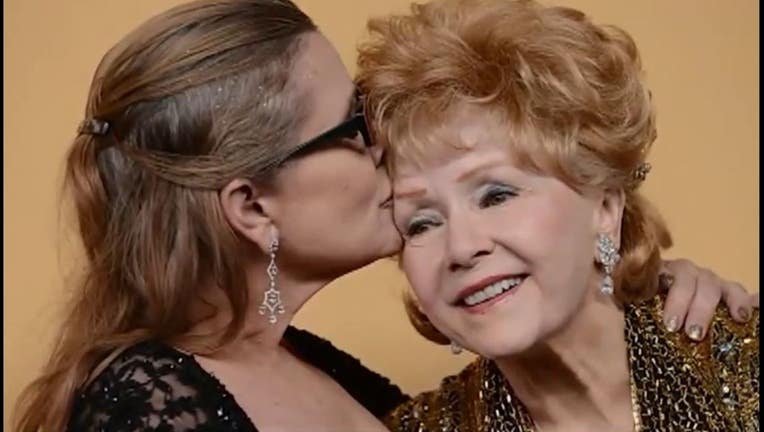 The public memorial service for the actresses best known for their respective roles in ``Singin' in the Rain'' and ``Star Wars'' took place in the 1,200-seat Freedom Theater and was live-streamed online.

The debut of a tribute song by James Blunt, music by ``Star Wars'' composer John Williams, and performances by the Gay Men's Chorus of Los Angeles and students at the Debbie Reynolds Dance Studio were among the highlights of the early afternoon ceremony, which also included remembrances from actor Dan Aykroyd -- who was briefly engaged to Fisher in the 1970s before she wed singer/songwriter Paul Simon instead -- actress Ruta Lee, Turner Classic Movies host Ben Mankiewicz, and a wordless appearance by R2D2, the famous robot from ``Star Wars.''

Fisher, 60, died Dec. 27, days after suffering a heart attack while on a flight from London to Los Angeles. Reynolds, 84, died the next day from an intracerebral hemorrhage, a ruptured blood vessel in her brain.

Film producer Todd Fisher -- the brother of Carrie Fisher and son of Reynolds -- said earlier that following Fisher's death, Reynolds was distraught and told him, ``I want to be with Carrie.''

In a recent interview with ``Entertainment Tonight,'' Todd Fisher said he believes his mother was ``asking for permission'' to join his sister in death. He also noted that Reynolds quickly changed her own funeral plans following Fisher's death, asking not to be cremated, but instead ``buried with Carrie.''