SAN CLEMENTE, Calif. - Protesters gathered in San Clemente on Thursday and made a small memorial outside of Hotel Miramar where 42-year-old Kurt Andras Reinhold was shot and killed by Orange County Sheriff's Deputies on Wednesday.

Officials said the deadly shooting happened on Sept. 23 around 1:15 p.m. at El Camino Real and Avenida San Gabriel in front of the Hotel Miramar in San Clemente.

During a press conference Thursday afternoon, Orange County Sheriff Don Barnes opened by sending his condolences to the Reinhold family. He asked people to wait for the full investigation to be concluded before making assumptions about the case.

The Black Lives Matter protest that started at 5:30 p.m. remained peaceful throughout the evening though there were some arguments between protesters and people who came to the area in support of the deputies. 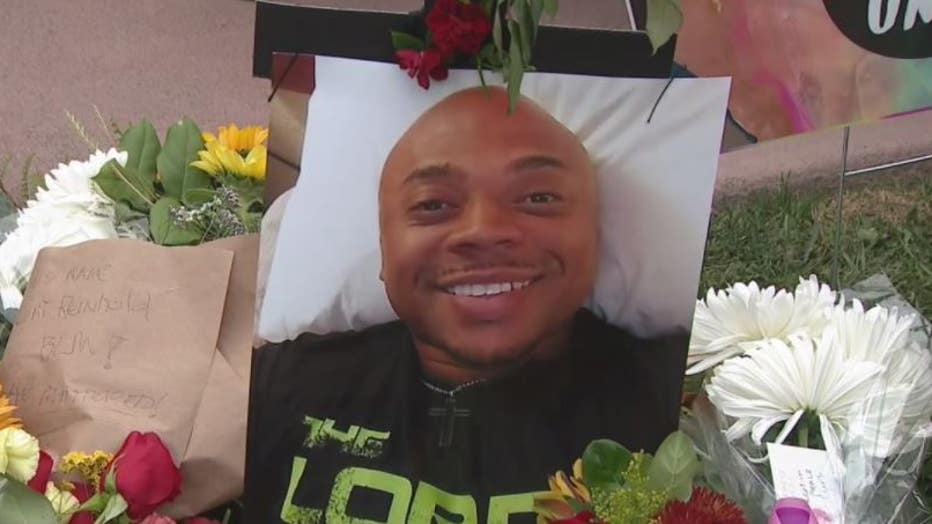 "They said that he was a loving and kind person who unfortunately just had mental health problems, but ultimately they're shocked and outraged as is the community because ultimately he was killed over a jaywalking violation. No one deserves to die because of that," Ali said.

Colby Devon Stewart came to the memorial to pay respects to his old friend, Reinhold. He said he has known Reinhold since the 5th grade.

"I'm still in shock. I don't know how to process everything. Everything I remember about Kurt was always comradery. He has a hard exterior, but he's the biggest teddy bear if you know him and he has kids. He has a wife," he said.

"He was the one that was running around praising, thanking God for everything," he said.

Jamie Stewart came with Colby and said she always heard good things about Reinhold, and is surprised by the news.

"It hurts even though I didnt know him because all I heard was good things so to hear that he was doing something wrong or he deserved to be shot, he didn't deserve to be shot," said Jamie.

The Orange County District Attorney's Office released this statement regarding the shooting:

The Orange County District Attorney’s Office conducts thorough, independent investigations of all officer-involved shootings and custodial deaths in Orange County (with the exception of the Huntington Beach Police Department.) The District Attorney’s Office hires an independent board certified pathologist to conduct autopsies in any Sheriff’s Department custodial death or officer-involved shooting. This is done to ensure the independence of the District Attorney’s investigation and avoid even the mere appearance of a conflict due to the Sheriff’s dual role as the Sheriff and the County’s Coroner. 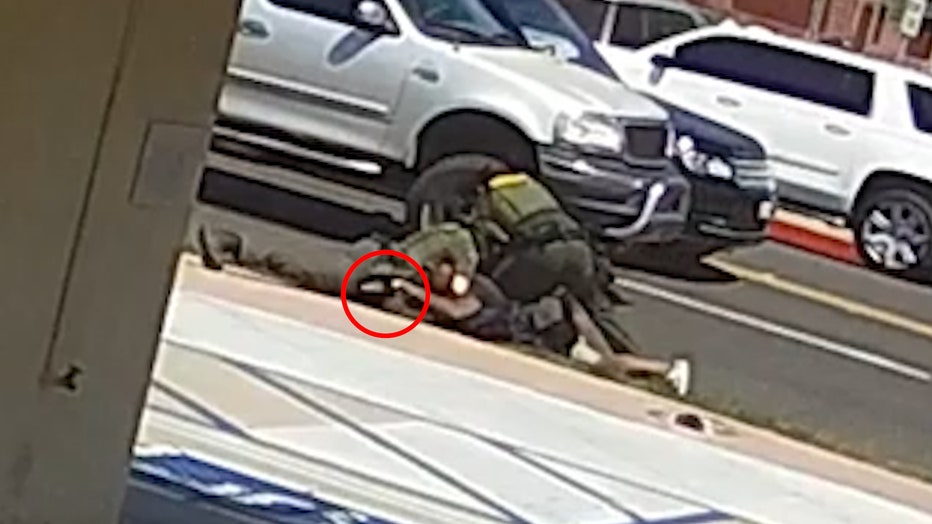 The District Attorney’s investigation is to determine whether there is any criminal culpability on the part of the law enforcement officers involved in an officer-involved shooting or custodial death. These investigations can be very complex and can take several months for toxicology and other necessary tests to be completed and reviewed. Once the investigation and legal review is completed, it is reviewed and ultimately approved by District Attorney Todd Spitzer.

“Yesterday was a sad day for our community. As we mourn the life of Kurt Reinhold and express our concern about his death and concern for the deputies involved, we have the right to seek answers, and the responsibility to ensure a thorough investigation proceeds.

“These are especially challenging times for our communities and law enforcement, as officers are called on to make difficult decisions each day. The loss of human life is never a good outcome.

“OC Sheriff Don Barnes has worked hard to build trust in our communities. I have spoken with him regarding the shooting and he is committed to a transparent process as the OC District Attorney's office conducts its investigation.”