The whereabouts of the parents of alleged mass shooter Ethan Crumbley remain unsettled. Both parents were charged with four counts of involuntary manslaughter.

FOX 2 - US Marshals have posted a $10,000 reward for information leading to the arrest of Jennifer and James Crumbley.

As of 11 p.m. Friday, the US Marshals posted the wanted notice with tips that can be reported to 313-202-6458. Both were due to report today to law enforcement after being charged with four counts of involuntary manslaughter - but remain at large.

Oakland County Prosecutor Karen McDonald released a statement scolding the couple as the wait for them to turn themselves in continued, through the night.

The whereabouts of the parents of alleged mass shooter Ethan Crumbley are unknown. Earlier on Friday they were charged with four counts of involuntary manslaughter. 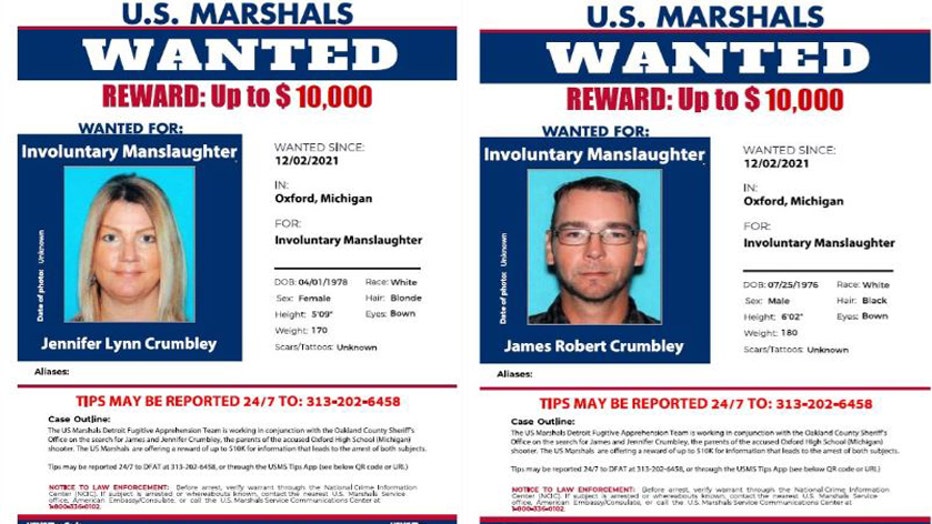 The fugitive apprehension team and the US Marshals are looking for them - but their attorneys say they are not on the run but en route to turning themselves in after leaving town for their own safety.

"The Crumbleys are at large because they are continuously irresponsible. They promised to turn themselves in and did not. We have been in constant communication with sheriffs office investigators, and we are confident that the Crumbleys will be apprehended," McDonald said.

The couple was supposed to be arraigned earlier today. The gun used in the shooting, investigators say came from his father James, who bought it for him.

The defense attorneys say they were in the dark as well. 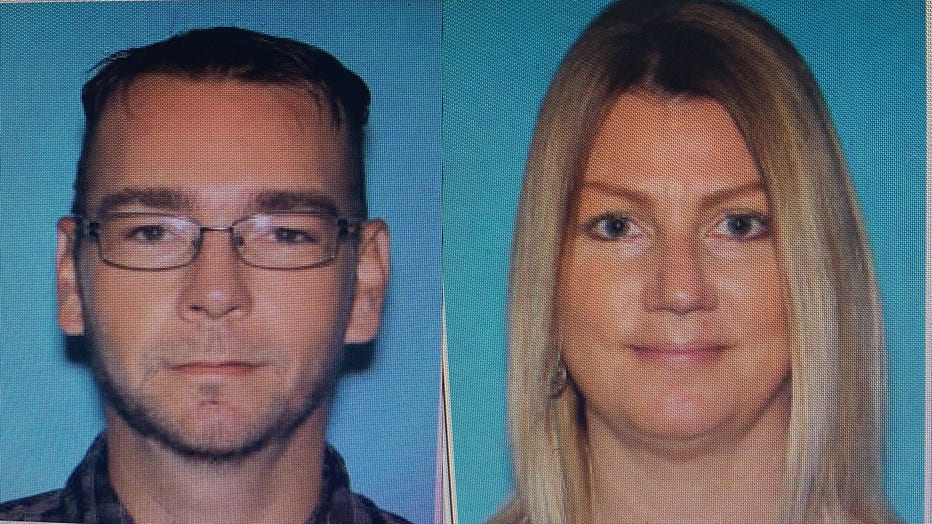 James and Jennifer Crumbley are being sought by the Oakland County fugutive apprehension team. The Crumbleys are the parents of Ethan Crumbly, the accused Oxford High School shooter. Both are charged with involuntary manslaughter in connection to the

"Last night we reached out to the prosecutor's office that we would be representing them," said attorney Shannon Smith. " If we knew charges were coming today, we would have had arrangements to turn them in at the court, and have them arraigned."

"We found out from the news media reports that (McDonald) had made a decision to charge them and she was going to have a press conference to announce the charges," McCabe said. "Unfortunately we were not advised of that. If we would have known ahead of time, we would have done things a little bit differently."

Their son Ethan Crumbley is facing 24 counts for the mass shooting that killed four teens, wounded six more and a teacher on Tuesday at Oxford High School.

James and Jennifer Crumbely appeared via Zoom for their son's initial court hearing Wednesday where his lawyer entered a plea of not guilty.

More developments have since emerged about their possible culpability including text messages with Ethan beforehand, ominous notes and drawings, and a disciplinary meeting in the school office hours before the shooting. In that last case, McDonald said his parents were urged to take him out of school but they declined. 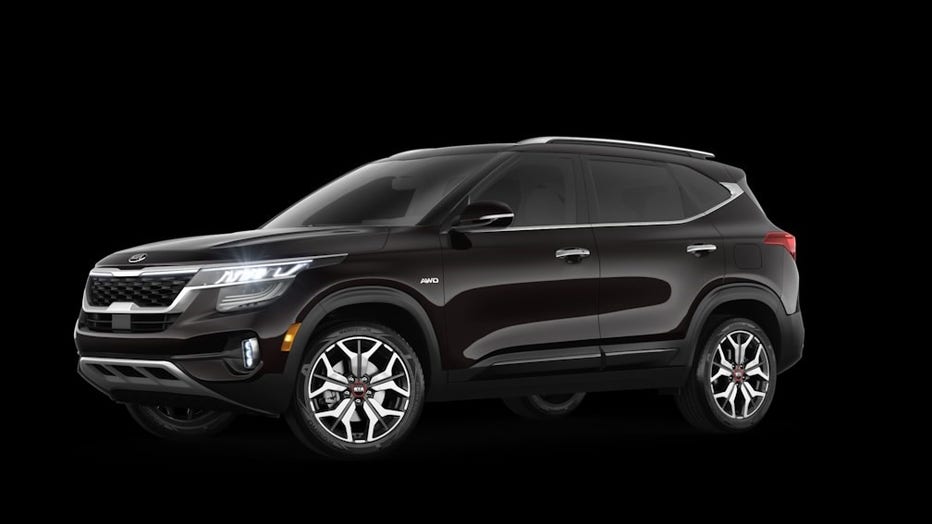 The Crumbleys suspect vehicle, similar to this one here is, a black 2021 Kia Seltos SUV with the Michigan license plate number DQG 5203.

In a statement late Friday afternoon from the Crumbleys' attorneys, they said:

"The Crumbleys left town on the night of the tragic shooting for their own safety. They are returning to the area to be arraigned. They are not fleeing from law enforcement despite recent comments in media reports."

Stay with FOX 2 for more information on the developing story.

Oakland County Prosecutor Karen McDonald has revealed more information about what led her office to charge the parents of Ethan Crumbley with involuntary manslaughter.