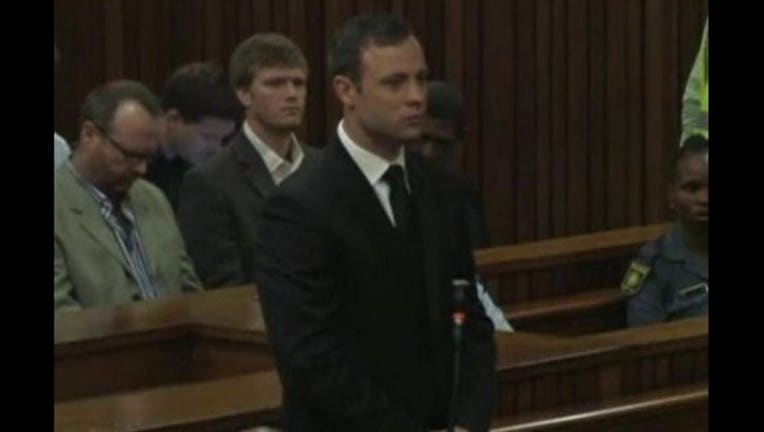 JOHANNESBURG (AP) - Oscar Pistorius was convicted of murder on Thursday by a South African appeals court that described the once-glittering story of the double-amputee Olympian and Reeva Steenkamp, the girlfriend he killed in his home in 2013, as "a human tragedy of Shakespearean proportions."

The Supreme Court of Appeal overturned a lower court's conviction on the less serious charge of manslaughter, adding another twist to a case that riveted people around the world because of its gripping saga of a celebrity athlete's plunge from grace by his own hand.

"The accused ought to have been found guilty of murder on the basis that he had fired the fatal shots with criminal intent," Justice Lorimer Eric Leach said in the courtroom in Blomefontein, in which Steenkamp's mother, June, sat impassively. Pistorius was not there.

The murder conviction means Pistorius will almost certainly go back to jail, where he spent one year of a 5-year prison sentence before being put under house arrest at his uncle's mansion in Pretoria in October.

The minimum sentence for murder in South Africa is 15 years, but exceptional circumstances in the case of the former track star, including time already served, his disability and status as a first-time offender, could mean he'll get a lower sentence.

Sentencing is up to the North Gauteng High Court, where Pistorius was tried. South African media said Judge Thokozile Masipa, who presided over the original trial, will handle the matter. No sentencing date has been set.

The National Prosecuting Authority will wait for word from the trial court about possible sentencing dates, said Luvuyo Mfaku, a spokesman for the authority.

The Pistorius family said in a statement: "The legal team will study the finding and we will be guided by them in terms of options going forward."

Johann Engelbrecht, a criminal lawyer who is not involved in the Pistorius case, said it is doubtful that the former athlete's lawyers could challenge the murder conviction by appealing to the Constitutional Court. He speculated that prosecutors would want the sentencing process to proceed swiftly rather than let Pistorius remain under house arrest for an extended period.

Pistorius, a multiple Paralympic champion, became the first amputee to run at the Olympics and the able-bodied world championships. He was known as "Blade Runner" for his carbon-fiber running blades.

"This case involves a human tragedy of Shakespearean proportions," Leach said while delivering the ruling on behalf of the five-judge appeals court.

"A young man overcomes huge physical disabilities to reach Olympian heights as an athlete," he said. "In doing so he becomes an international celebrity. He meets a young woman of great natural beauty and a successful model. Romance blossoms and then ironically, on Valentine's Day, all is destroyed when he takes her life."

Steenkamp, a model who appeared in a television reality show, had planned to give a speech touching on domestic abuse and family relationships at a school on the day she died. In a tweet the day before she died, she wrote: "What do you have up your sleeve for your love tomorrow???"

Leach witheringly described Pistorius' often tearful trial testimony as "vacillating and untruthful" and said Masipa, the judge who convicted him of manslaughter, committed an "error in law" by incorrectly applying a legal principle called "dolus eventualis."

Under that concept, a person can be convicted of murder if he or she foresaw the possibility of someone dying through their actions and went ahead anyway.

Pistorius, 29, insisted he shot Steenkamp by mistake, thinking there was an intruder behind the door of a toilet cubicle in his home. The prosecution said Pistorius shot Steenkamp during an argument.

Leach said that regardless of who Pistorius said he thought was behind the door, he should have known someone could be killed if he fired.

There was initial confusion in the court when the judge preceded his reading of the Pistorius ruling by saying an appeal had been dismissed. He was referring to a separate legal case, but some news organizations incorrectly reported that Pistorius had not been convicted of murder. The Associated Press did not make the error. It was unknown if Pistorius was watching the TV broadcast or monitoring the initial news reports online that suggested he would serve no more prison time.

There was no sign of Pistorius outside the home of his uncle, Arnold. As the judge began to read the decision, broadcast live on TV, the uncle was seen rushing into the house. Later, the uncle drove off in a car.

"Let us now all get on with our lives," he said. His voice breaking with emotion, he said of his daughter: "I'm sure she'll be able to rest as well now."