Deputies are looking for the suspected gunman who opened fire on a female driver in an apparent road range incident.

SAN BERNARDINO COUNTY, Calif. - A pregnant woman was rushed to the hospital after being shot in a suspected road rage incident in San Bernardino County Thursday afternoon.

The San Bernardino County Sheriff's Department tells FOX 11 that two cars got into some sort of conflict that led to one vehicle following the other, ending with a person shooting the woman near the intersection of Sycamore Creek Drive and Clearwater Parkway.

The gunman remains on the run. Officials have not given an update on the woman's conditions and severity of her injuries.

The suspect was believed to be inside a white sedan, possibly a Kia, at the time of the shooting. 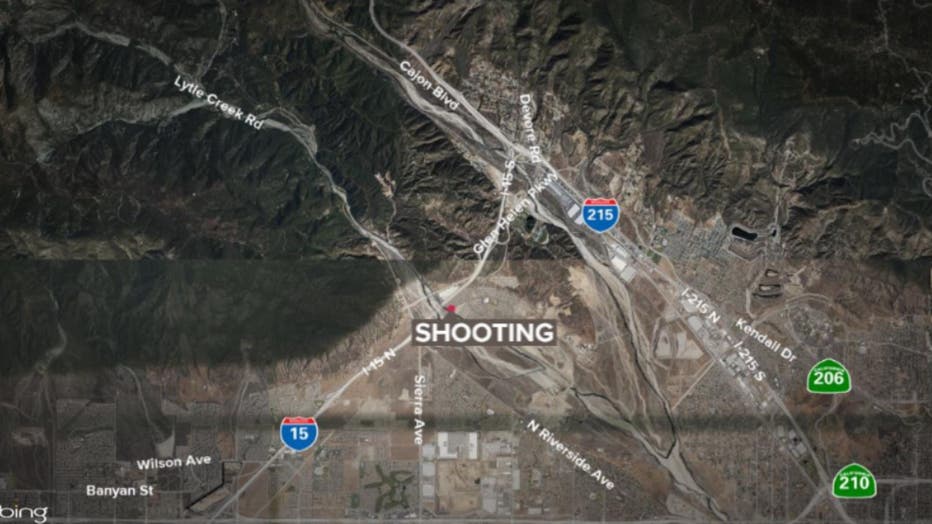 It is unknown what led to the apparent road rage incident.