Strong sales boosted a Powerball jackpot to an estimated $1.6 billion on Friday, making it the largest lottery prize in history.

A drawing will be held Saturday night for the Powerball prize, which hasn’t been won in more than three months. That string of 39 consecutive drawings without a winner is a reflection of the tough odds of winning a jackpot, at 1 in 292.2 million.

The advertised jackpot is the prize for a winner who chooses an annuity, paid annually over 29 years. Almost all winners instead opt for the cash prize, which for Saturday night’s drawing would be an estimated $782.4 million. 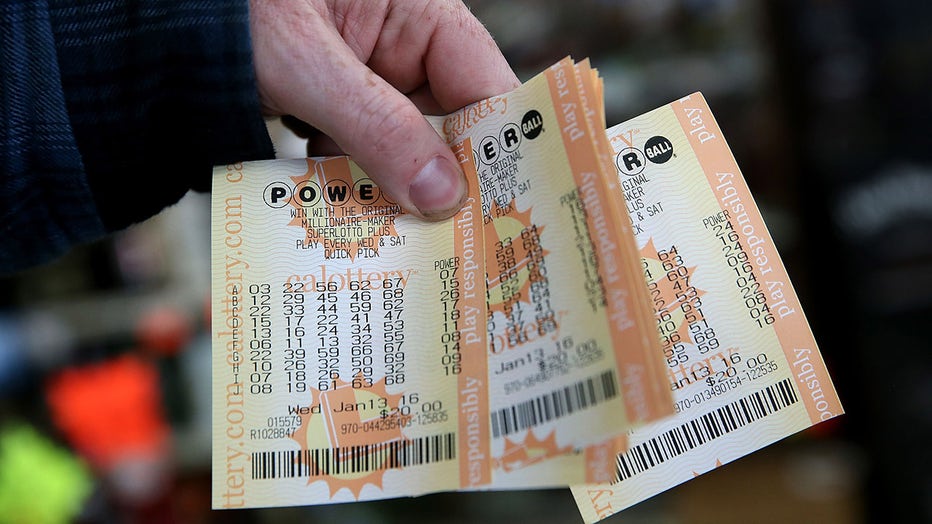 File: A customer holds a handful of Powerball tickets at Kavanagh Liquors on January 13, 2016 in San Lorenzo, California. (Photo by Justin Sullivan/Getty Images)

RELATED: In the 5 states without lotteries, a case of envy grows for $1.6B Powerball jackpot

The new jackpot tops the previous record prize of $1.586 billion won in 2016 by three Powerball players in California, Florida and Tennessee.

Powerball is played in 45 states, as well as Washington, D.C., Puerto Rico and the U.S. Virgin Islands.