A popular YouTube influencer who records video confrontations with public officials was charged Tuesday with assaulting a woman police had been assisting during a mental health call.

(FOX 9) - A YouTube influencer who records video confrontations with public officials was charged Tuesday with assaulting a woman police had been assisting during a mental health call.

Anthony Michael Wicklace, 20, known on YouTube as the Minnesota Guardian, arrived at a police scene on Summit Avenue in St. Paul Sunday night and offered a woman a ride home. He allegedly solicited sex and exposed himself, before finally assaulting her with a Taser stun gun.

A St. Paul Police spokesperson said officers with their mental health unit were called to Summit Avenue on a report of a possible mental health issue involving a woman who was knocking on the doors of an apartment building.  She was removed from the scene and was later approached by Wicklace, who had been following police.

According to the criminal charges, he told the woman his name was "Tony" and that he was trained in de-escalation skills. The woman saw a police scanner and tactical gear in his Crown Victoria, a vehicle commonly used by police. 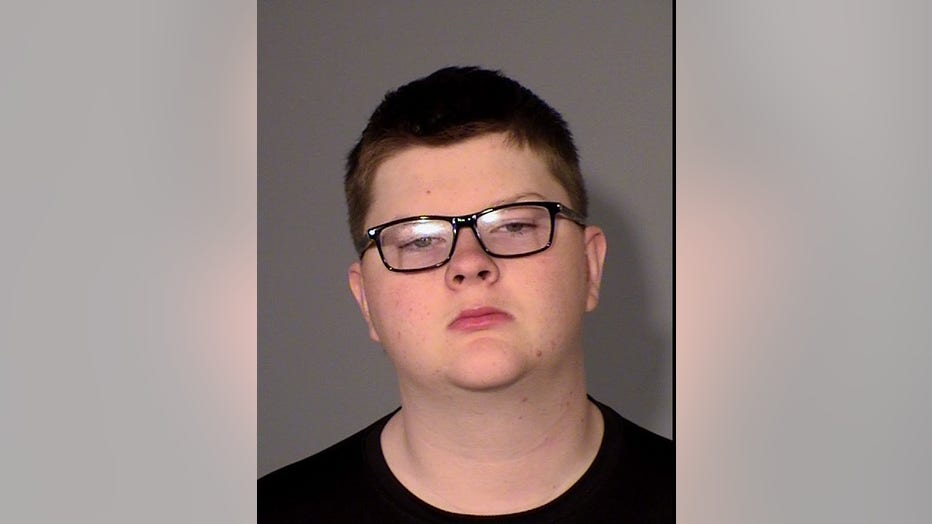 She says she rejected his sexual proposition and he began to drive more aggressively. Eventually, he got off the freeway and drove into in a White Bear Lake neighborhood she was unfamiliar with. She says he pushed her out of the car, and then used a Taser, striking her back. She said he got out of the car and tried unsuccessfully to stun her again with the butt end of the taser.

When White Bear Police arrived the woman still had a Taser prong in her shirt with two blood spots her shirt.  She told police he sped away, but she was able to get a license plate that registered to Anthony Wicklace.

Over the last three years, Wicklace has developed a following of nearly 14,000 subscribers on YouTube who watch his so-called "First Amendment Audits," which usually involves him walking into public buildings and rudely confronting officials.

He also shows up at police crime scenes to heckle police officers and witnesses. St. Paul Police have arrested him for disorderly conduct, but the charges never stuck.

Other times he enters private businesses and begins abrasively interviewing workers and customers. He has trespassed many businesses including Dannecker’s Market and Mucci’s Italian in St. Paul.

Niver said Wicklace walked into his restaurant and was a "little bit lewd. His language was kind of foul."

In an interview with FOX 9 in February 2020, Wicklace defended his "First Amendment Audits."

"At the end of the day, I’m trying to inform the public about the rights they have as an American citizen," Wicklace said. "The whole point is to use your rights. You never know what’s going to happen. But you have to be prepared. Someone might not like you filming them, yet there are all these different cameras filming them. Why are they upset with me?"

After Wicklace made repeated visits to Ramsey County public buildings in 2019, the county provided guidance to employees encountering "citizen journalists" to be courteous and patient, but to report any threatening behavior.

"If there is a lesson to be learned I would say that we would’ve learned it the first time," said Ramsey County spokesperson John Siqveland.  "This is a movie that doesn’t need a sequel."

But there’ve been plenty of sequels, with more than 200 videos on the Minnesota Guardian YouTube page. Those videos have more than 2.1 million total views.

Along with so-called collaborators, he has interrogated customers at the Department of Motor Vehicles, and the U.S. Post Office. He walked into Bloomington City Hall wearing a flak jacket.

He confronted worshipers outside a St. Paul mosque while wearing a red "Make America Great" cap. He also created a stir in the lobby of the Bureau of Criminal Apprehension.

Asked if he considers himself part of the press, he said, "I do. We are all the press."

"To some extent, it doesn’t matter if he’s a journalist or not, he’s going to have the same rights and responsibilities," Kirtley said.

The First Amendment doesn’t define the press, and neither has the U.S. Supreme Court.

Kirtley sees the Minnesota Guardian as a kind of ‘vigilante journalism.’

And Wicklace is hardly alone. There are citizen journalists across the county confronting police, politicians, and the mainstream media alike.

And people forget, there is no so-called right to privacy in a public space.

"It’s fascinating, isn’t it? In an era where we have very limited expectations of privacy, people become very huffy if they are in a public place being recorded or photographed. It’s a paradox," Kirtley said.

A year and a half ago, Wicklace told FOX 9 he intended to keep pushing the boundaries.