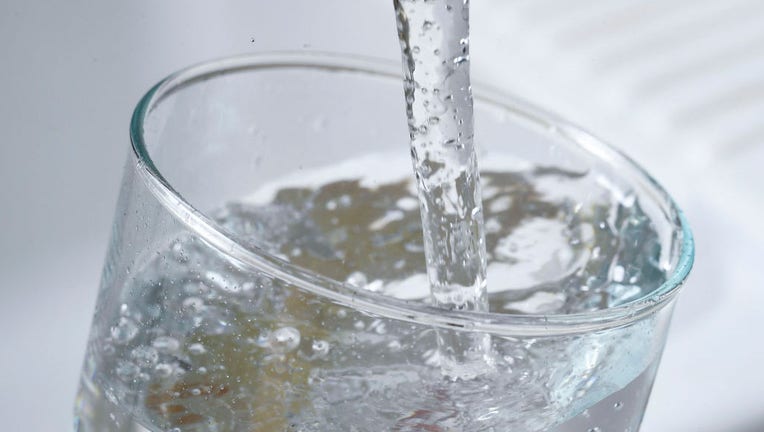 FILE - A photo illustration of tap water in a clear glass drinking glass is pictured on June 15, 2021. (Photo by Ben Hasty/MediaNews Group/Reading Eagle via Getty Images)

WASHINGTON - Adults who stay well-hydrated appear to be healthier, not age as fast, develop fewer chronic conditions like heart and lung disease, and live longer, compared to those who aren’t sufficiently hydrated, according to a new study by the National Institutes of Health.

The study, which was published on Monday in the journal in eBioMedicine, included data from 11,255 adults in the U.S. over a 30-year period. The participants first attended medical visits in their 50s, and also attended follow-ups between the ages of 70 and 90.

The researchers analyzed links between serum sodium levels — which increase as fluid intake goes down — and various indicators of health.

The study authors found that adults with serum sodium levels at the higher end of a normal range (between 135-146 milliequivalents per liter) were more likely to develop chronic conditions and show signs of biological aging, compared to those with serum sodium levels in the medium range. Adults with higher levels were also more likely to die at a younger age, the researchers said.

"The results suggest that proper hydration may slow down aging and prolong a disease-free life," Dr. Natalia Dmitrieva, a study author and researcher in the Laboratory of Cardiovascular Regenerative Medicine at the National Heart, Lung, and Blood Institute (NHLBI), part of NIH, said in a statement.

The study authors excluded participants who had high levels of serum sodium at baseline check-ins or those with underlying conditions, like obesity, which could affect serum sodium levels.

The team then analyzed how serum sodium levels correlated with biological aging, looking at markers like systolic blood pressure, cholesterol, and blood sugar. They also adjusted for factors such as age, race, biological sex, smoking status, and high blood pressure.

Adults with higher levels of normal serum sodium were more likely to show signs of faster biological aging, the study found. This was based on indicators like metabolic and cardiovascular health, lung function, and inflammation.

Adults with serum sodium levels above 142 mEq/L also had up to a 64% increased associated risk for developing chronic diseases like heart failure, stroke, atrial fibrillation, and peripheral artery disease, as well as chronic lung disease, diabetes, and dementia, according to the study. Conversely, adults with serum sodium levels between 138-140 mEq/L had the lowest risk of developing chronic disease.

The findings don’t prove a causal effect, the researchers stressed — adding that randomized, controlled trials are necessary to determine if optimal hydration can promote healthy aging, prevent disease, and lead to a longer life.

Scientists at UC San Diego have identified an aging circuit that could allow for genetically engineered prolonged life.

However, the links can still help clinical practice and guide personal behavior. Dmitrieva said most people can safely increase their fluid intake to meet recommended levels, which can be done by drinking water, as well as other fluids, like juices, or vegetables and fruits with high water content.

Meanwhile, others may need medical guidance due to underlying health conditions.

"The goal is to ensure patients are taking in enough fluids, while assessing factors, like medications, that may lead to fluid loss," Dr. Manfred Boehm, a study author and director of the Laboratory of Cardiovascular Regenerative Medicine, said in a statement. "Doctors may also need to defer to a patient’s current treatment plan, such as limiting fluid intake for heart failure."

The study was funded by the Division of Intramural Research at National Heart, Lung, and Blood Institute.

Am I drinking enough water?

Drinking water can prevent dehydration, a condition that can cause unclear thinking, result in mood change, cause your body to overheat, and lead to constipation and kidney stones, the U.S. Centers for Disease Control and Prevention says.

Water also helps the body keep a normal temperature, lubricate and cushions joints, and protects the spinal cord and other sensitive tissues. It also helps get rid of waste through urination, perspiration, and bowel movements, the agency adds.

The CDC said there is no recommendation for how much plain water everyone should drink daily. But in terms of total fluids, the National Academies of Medicine suggests that most women consume around 6 to 9 cups (1.5-2.2 liters) daily and for men, 8 to 12 cups (2-3 liters). This includes drinking water, water in beverages, and water that’s part of food.

The CDC suggests carrying a water bottle and refilling it throughout the day in an effort to drink more water.

It also recommends choosing water over sugary drinks, opting for water when eating out to save money and reduce calories, and serving water during meals at home.

"Add a wedge of lime or lemon to your water. This can help improve the taste," the CDC says.