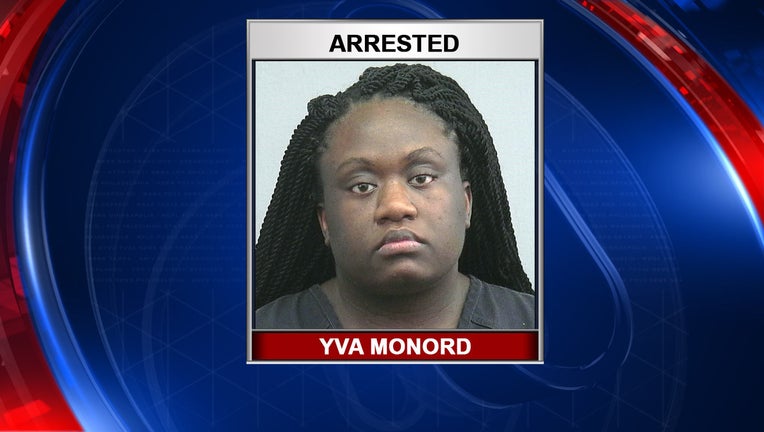 GAINESVILLE, Fla. (AP) - A Florida woman is facing charges after police say she threw boiling water on her 2-month-old son's father as he lay on a bed with the newborn.

Gainesville police officers said Tuesday in a report that the baby suffered second-and-third degree burns to his chest and arm. The burns make up about 5 percent of his body.

The baby's father, Winsky Perpignan, had second-and-third degree burns over his face, neck, chest and arm, or about 20 percent of his body.

The report says Monord and Perpignan had an "off and on" relationship and that Monrod told investigators she was frustrated over "infidelity issues."

Monord was in jail and couldn't be reached for comment.