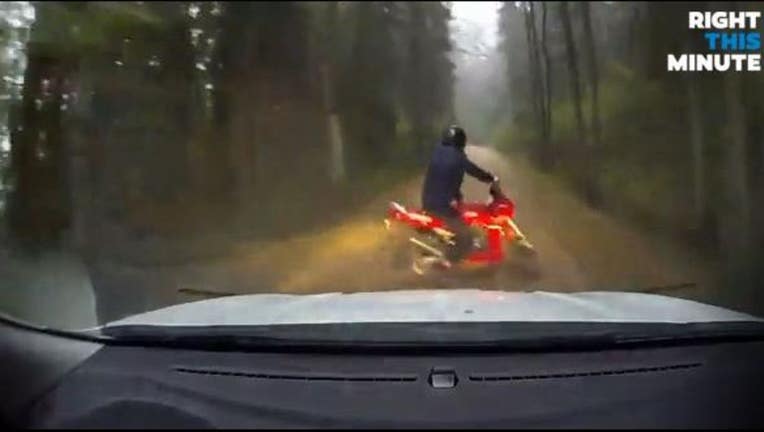 This dash camera footage was shot by a police vehicle. The police officers pursued a 19-year-old dirt biker who was riding with no license plates. The biker attempted to evade police by speeding down a dirt road. This pursuit ended in the dirt biker being ran over by the police car.

Witnesses were disturbed when police refused to jack up the car to free the pinned dirt biker who was wailing in pain. The emergency medical crew arrived 15 minutes later. The dirt biker sustained a fractured sternum and hip bone. The police department stated that it is policy to wait for emergency crews and not move an injured person.