LOS ANGELES - The California Highway Patrol pursued a white van on the 405 Freeway in the Irvine area in Orange County Monday afternoon.

The pursuit suspect has been driving off and on the 405 Freeway and traveling on surface streets, particularly on Harbor Blvd in the Garden Grove area, close to Anaheim.

A passenger earlier jumped out of the van. A gun was thrown out the window of the white van earlier as well. 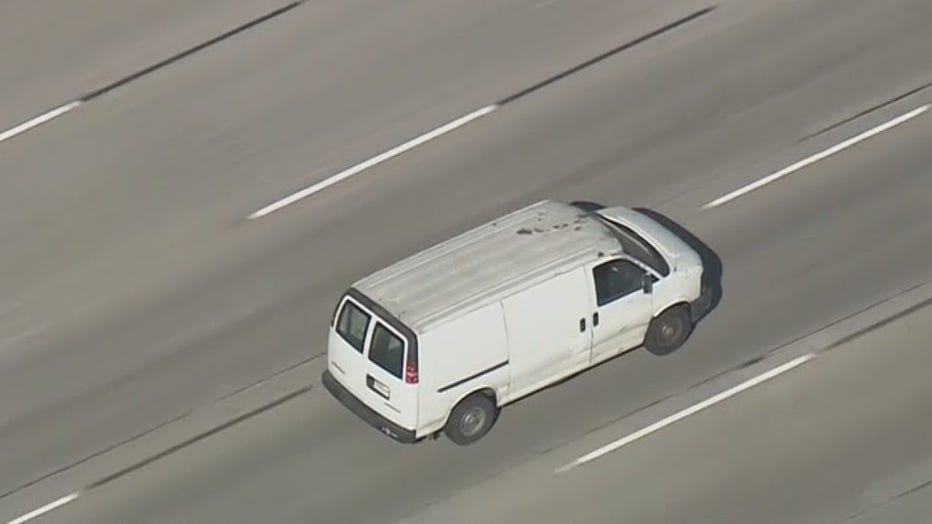 It's unclear what triggered the chase, which reportedly started in the city of Anaheim, California around 2:35 PM Monday afternoon. This is believed to be a stolen vehicle.

RELATED: Watch previous police chases in and around the Los Angeles area

The suspect was taken into custody around 3:45 PM after getting out of the van in a residential neighborhood. 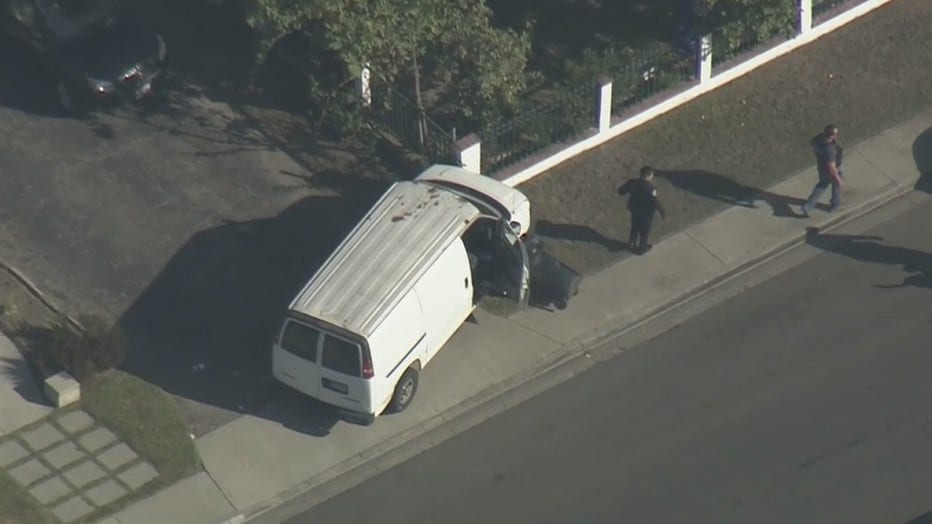 While the driver of the vehicle was surrendering to police, the van continued to roll slowly down the street, eventually stopping after going off the road, hitting a fence post.