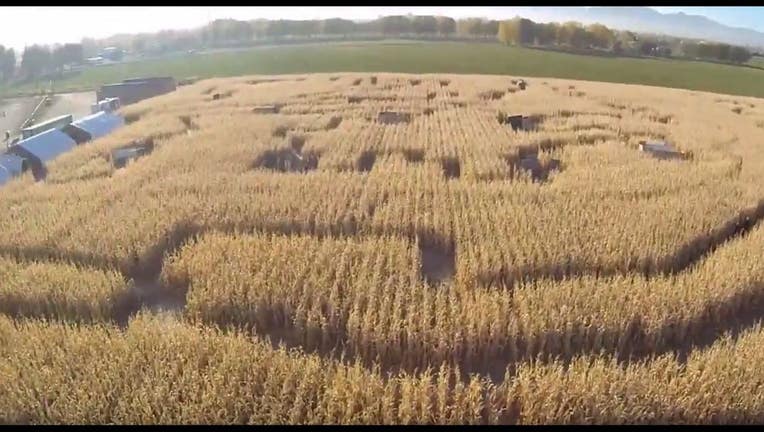 WEST JORDAN, Utah (AP/FOX 11) - Police say a 3-year-old boy spent the night in child welfare custody after he got lost at a Utah corn maze.

Police Sgt. Joe Monson said Tuesday the child was apparently left behind while visiting the Crazy Corn Maze in the Salt Lake City suburb of West Jordan with a large family group.

He says the boy was cold and frightened but unhurt when someone else found him at the maze Monday evening.

Staffers called on a bullhorn and searched for his family but couldn't find anyone until his mother called police Tuesday morning. Monson says she later arrived at the police station with about 10 children.

The boy is expected to be reunited with his family.

Monson says it wasn't immediately clear how the child's disappearance went undetected, but police are investigating whether any criminal charges are warranted.