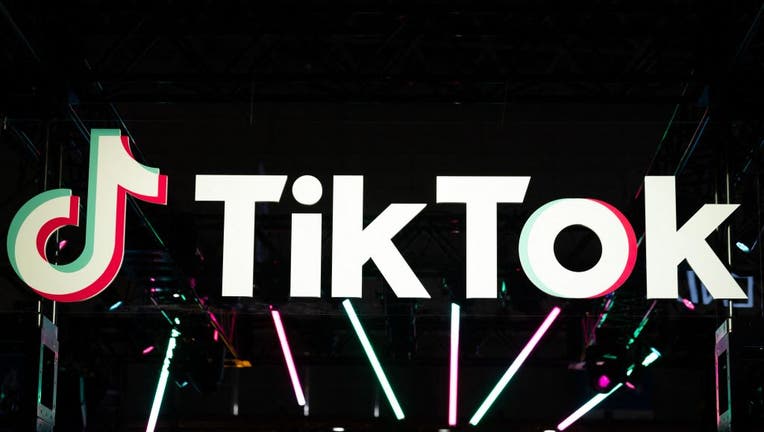 The TikTok logo is pictured at the company's booth during the Tokyo Game Show in Chiba prefecture on September 15, 2022. (Photo by Yuichi YAMAZAKI / AFP) (Photo by YUICHI YAMAZAKI/AFP via Getty Images)

BUFFALO, N.Y. (AP) - A car crash that left four teenagers dead may have been linked to a TikTok challenge, a police commissioner said.

A total of six teenagers were in a speeding Kia that crashed about 6:30 a.m. Monday, Buffalo police said. The car had been reported stolen Sunday night.

All five of the passengers were ejected from the vehicle, police said. Four of them, ranging in age from 14 to 17, were killed. The fifth passenger was hospitalized in intensive care, and the 16-year-old driver was treated at a hospital and released.

RELATED: Georgia woman who told story of family's surprise outside school now says she made it up

The driver was ticketed for criminal possession of stolen property and unauthorized use of a motor vehicle. The Erie County district attorney's office is investigating the crash and expects to file additional charges, spokesperson Kait Munro said. It wasn't clear if the driver had an attorney who could speak for him.

The families of a 9-year-old Wisconsin girl and an 8-year-old Texas girl have filed wrongful death lawsuits against TikTok, claiming their daughters died after participating in TikTok challenges.

Buffalo Police Commissioner Joseph Gramaglia told reporters Monday that the teens may have been participating in a TikTok challenge that encourages people to break into Kia cars using cellphone chargers.

The so-called Kia challenge, first posted over the summer, shows how to hot-wire Kia and Hyundai cars with a USB cord and a screwdriver. Many police departments around the country have reported increases in Kia and Hyundai thefts since the video was posted.

A class-action lawsuit filed in September in Orange County, California, alleges that Kias built between 2011 and 2021 as well as Hyundais built from 2015 to 2021 lack anti-theft parts called engine immobilizers, making the cars easier to steal than other models. The lawsuit seeks monetary damages from the automakers and a nationwide recall.

Representatives for Kia and Hyundai did not respond to emails seeking comment.