The driver was seen holding up his cell phone with the front-facing camera on before spiking the device to the ground and surrendering to police.

LOS ANGELES - A driver is in custody after leading police on a chase across the San Fernando Valley.

The chase initially started in Mission Hills Friday evening before the suspect went on to lead officers to Van Nuys, where the chase eventually ended.

After a nearly 30 minute pursuit, the suspect driver was seen slowing down and sticking his head and possibly his phone outside the window as police attempted to take him into custody.

During the tail end of the chase-turned-standoff, the suspect was seen holding up his cell phone with the front-facing camera on, which made it seem like he was either live streaming the entire pursuit or taking selfies.

Police Chase: Suspect gets out of car, spikes phone to ground after pursuit across San Fernando Valley

A police chase suspect finally surrenders to officers after leading them on a lengthy chase across the San Fernando Valley. 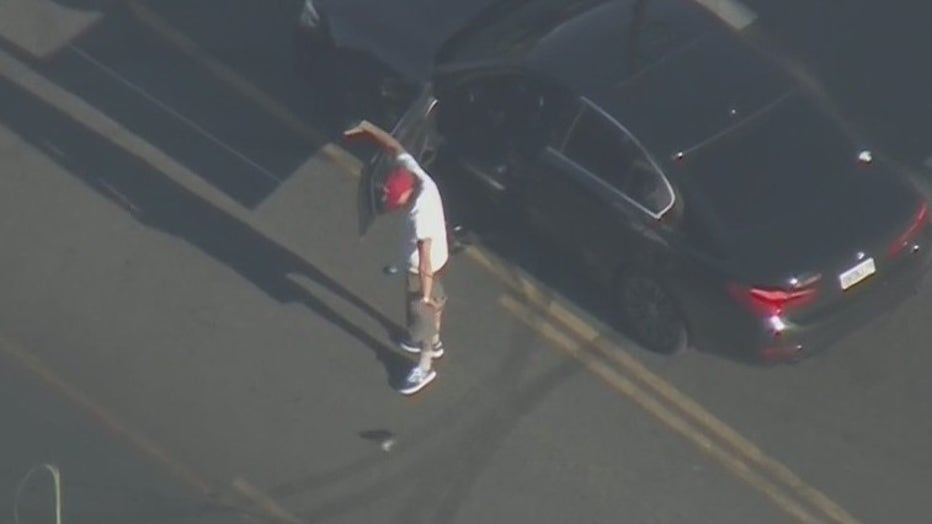 The man was immediately placed in custody after he spiked the cell phone to the ground.

The suspect driver was initially wanted for assault with a deadly weapon.