A police chase is underway involving a possible stolen car in the South Los Angeles area.

LOS ANGELES - Two people were taken into custody after leading the Los Angeles Police Department on a pursuit through the South Los Angeles area Tuesday night.

Reports of the chase came in just before 9 p.m. Tuesday. Officials confirmed to FOX 11 that one of the people in the vehicle was wanted for assault with a deadly weapon. The car police were pursuing was also believed to be stolen.

Officers reported that the vehicle was on the wrong side of the road multiple times early on in the chase. Officers used a spike strip to try and stop the driver, which appeared to be successful. The car came to a stop shortly after on South Vermont Avenue. While initial reports said that there were three people in the vehicle, only two came out after the car came to a stop. 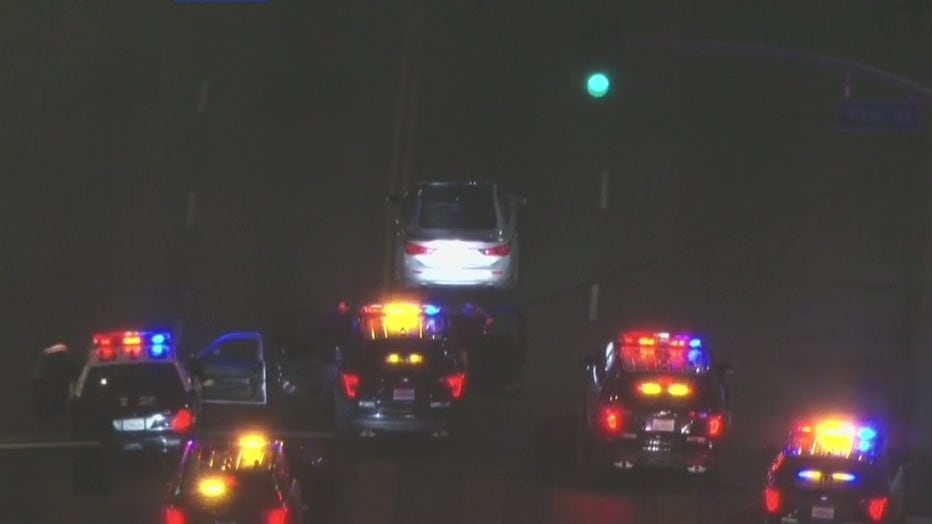 Those two people were taken into custody.

This is a developing news story and will be updated as more information becomes available.