LOS ANGELES - A pursuit suspect was taken into custody Thursday afternoon after leading officers on a three-county chase that ended following an hour-long standoff in front of Los Angeles International Airport.

The chase began in San Diego, then traveled through Orange and LA Counties.

The vehicle, a dark-colored Nissan Altima, was wanted for driving recklessly.

California Highway Patrol Officers did a PIT maneuver on a reckless driver on Thursday afternoon.

The suspect was seen driving on the 5 and 105 Freeways at high rates of speed.

Authorities say that a motorist led officers on a pursuit from the San Diego area to the area of World Way and Century Boulevard near Los Angeles International Airport, where CHP officers did a PIT maneuver on the vehicle. The driver attempted to escape, prompting a standoff on an overcrossing near LAX.

It appeared the suspect was looking for any means of escaping. Refusing to surrender, officers then engaged in an hour-long standoff.

Officers attempted to get him down from the ledge; hostage negotiators were called to the scene. Firefighters arrived and set up an airbag on the floor, in case the suspect jumped. 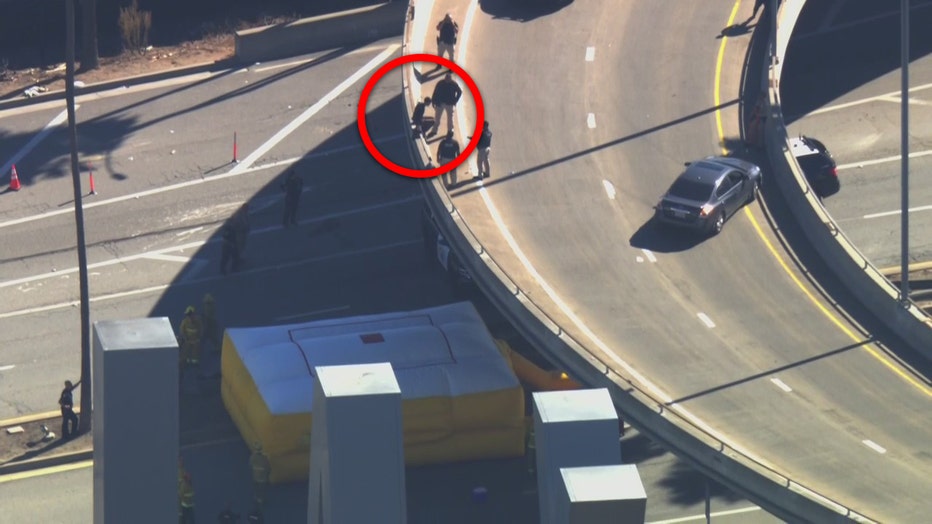 Crisis negotiators speaking with pursuit suspect as he sits on the ledge of the overpass on West Century Boulevard near LAX. (FOX 11)

The suspect was taken into custody around 2:40 p.m. Images from SkyFOX show him being taken away in an ambulance. It is unknown if the suspect was injured. 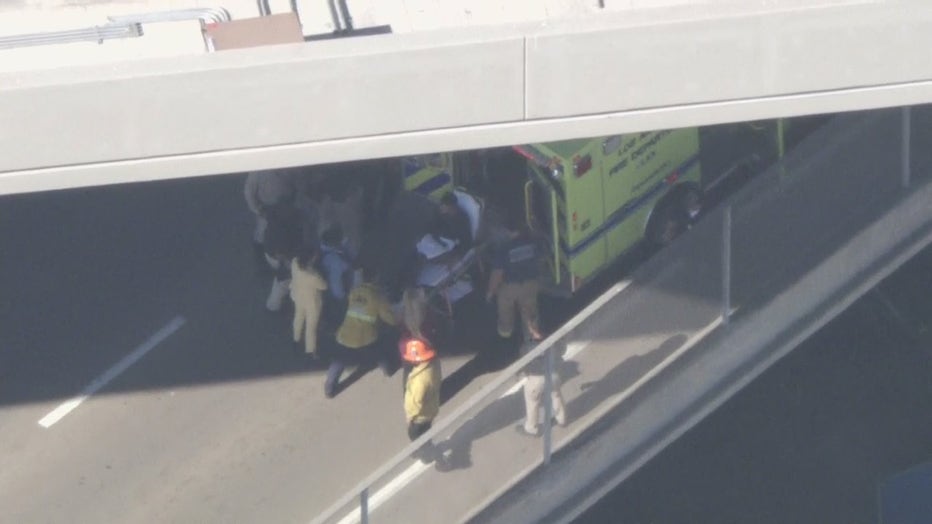 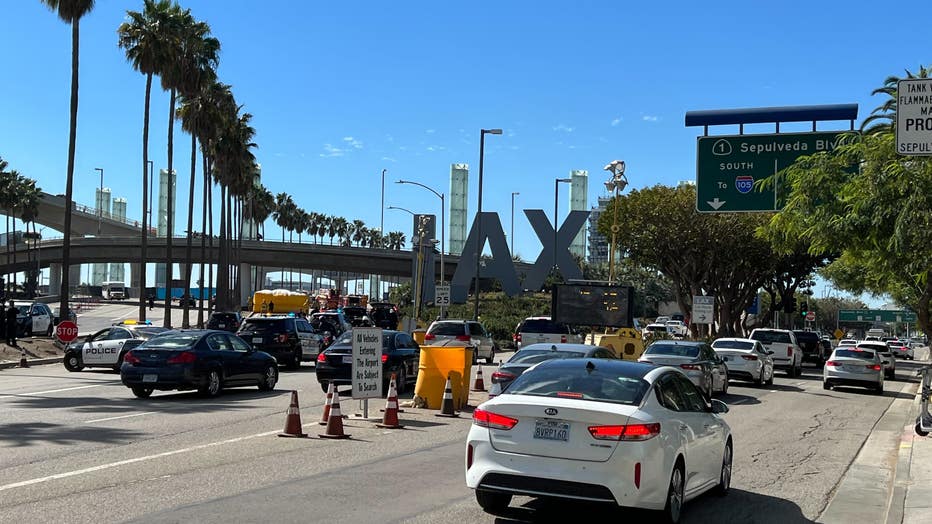 Traffic impacted outside LAX due to standoff with pursuit suspect. (FOX 11)

Airport travelers were encouraged to use the entrance on southbound Sepulveda Blvd. No flights were impacted.