Pursuit suspect taken into custody after trying to hide in bushes

A person suspected of stealing a car surrendered to police after leading a chase through Ontario and into LA County Sunday night.

ONTARIO, Calif. - One person is in custody Sunday night after leading police on a pursuit from San Bernardino County into Los Angeles County.

Reports from Ontario police came in shortly after 10 p.m. Sunday night, as officers chased a driver suspected of stealing a vehicle Initial reports had the driver going faster than 100 miles per hour along the 60 Freeway. Eventually, the driver made their way into the East Los Angeles and Boyle Heights areas, with Ontario Police still in pursuit.

After leading police on a chase along surface roads, the driver bailed from a still-moving car before running into a neighborhood. At one point it looked like the suspect attempted to enter a house. They then ran into bushes in an attempt to hide from police.

A driver suspected of stealing a vehicle jumped out of a still-moving car before running into a neighborhood Sunday night.

After several minutes of searching, the suspect was seen from SkyFOX surrendering to police. They were then taken into custody. 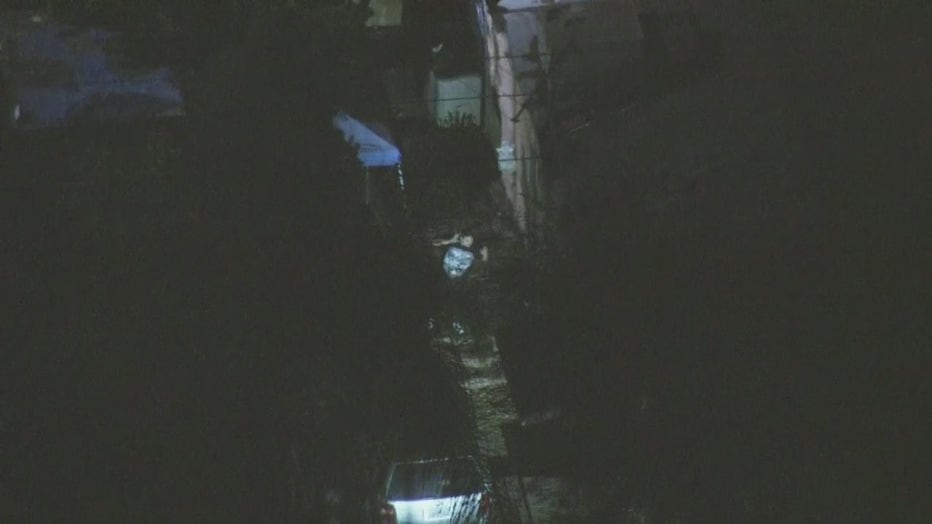