The chase began near Rosecrans Avenue and the 110 Freeway and led to the area of 136th Street and Jefferson Avenue, according to LAPD officials.

Authorities said that around 10:20 a.m., officers responded to a report of a home invasion robbery in the 300 block of Ninth Street.

When officers arrived, they saw a vehicle and suspects they believed were related to the crime fleeing the scene, and a chase ensued. 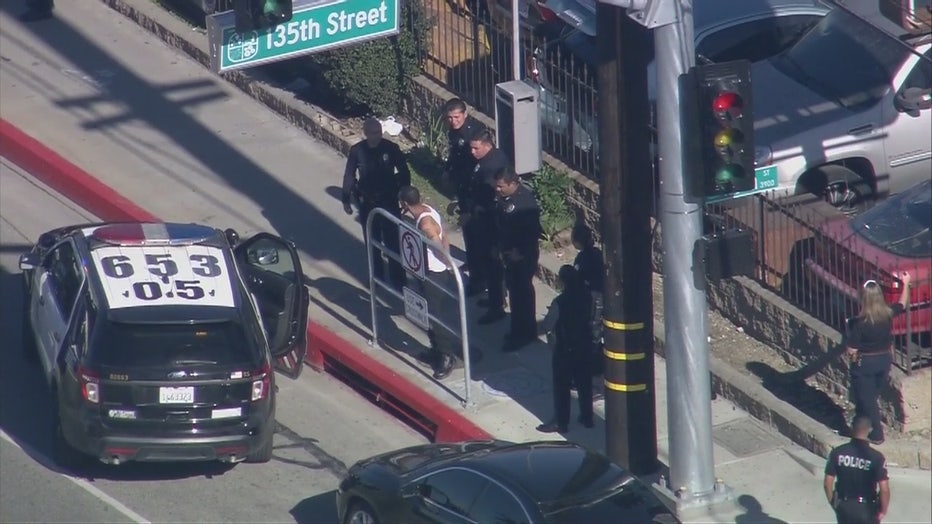 Their names have not been released.

LAPD officials said that a firearm that was allegedly thrown out of the vehicle's window during the pursuit was recovered by investigators.