The attack in the Streatham neighborhood marked a departure from recent attacks in the British capital that took place near high-profile landmarks in central London.

"The circumstances are being assessed," the Metropolitan Police force tweeted. "The incident has been declared as terrorist-related."

Police said they received reports of the stabbings around 2 p.m. Multiple emergency medical vehicles quickly filled the street as helicopters hovered overhead, according to video shared on social media.

"They kept telling him `Stop, stop'," Tahir said. "But he didn't stop, and then I saw that they shot him three times. It was horrible seeing it.

The man was on the floor and it looked like he had something which police said may be a device.

"Police came to us and said, `You have to leave the shop because he has a bomb in his bag,'" Tahir added.

Richard Mustonen-Smith, 59, a street pastor who is trained to work with the police during crisis situations, said he was in shock.

"I've been here all my life," he said. "We're always getting accidents down here, but not this." 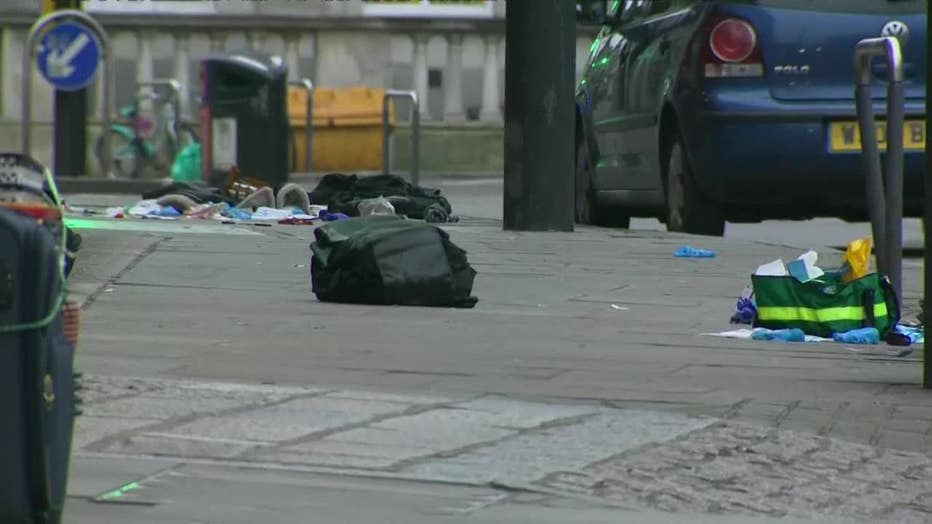 The attack took place a little over two months after two people were stabbed to death near London Bridge by a man who had recently been released from the prison where he was serving a 16-year sentence for plotting a terror attack.

Stephen Roberts, a former deputy commissioner for the Metropolitan Police, said authorities would try to quickly search the suspect's residence and seize any computer devices to scour his internet records. Investigators will be researching the man's background to learn more about the attack and any possible co-conspirators, he said.

Roberts said if the facts show the stabbings were carried out by a "self-starter," it meant that any city in the country was vulnerable at any time to a similar sort of low-tech attack. 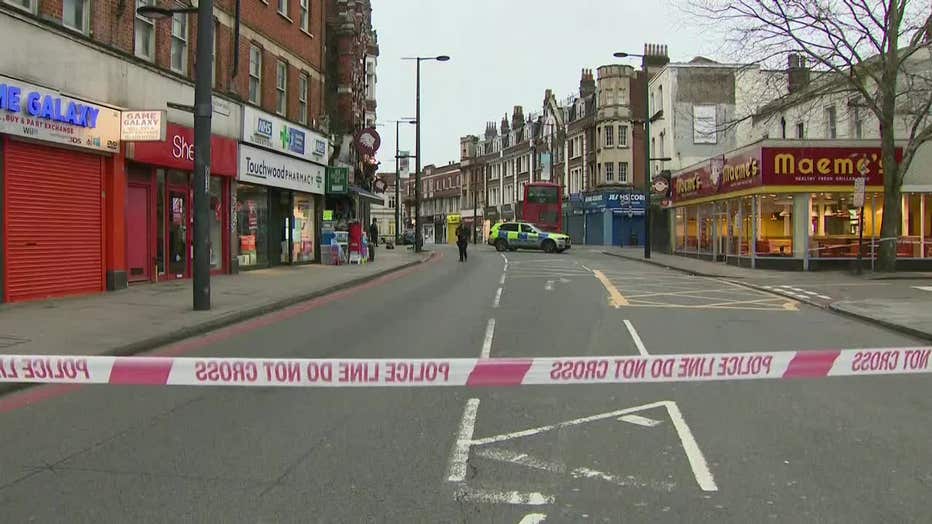 Bell Reberio-Addy, a member of Parliament who represents Streatham, said police have assured her it was an "isolated incident."

"Terrorists seek to divide us and to destroy our way of life," he said. "Here in London we will never let them succeed."