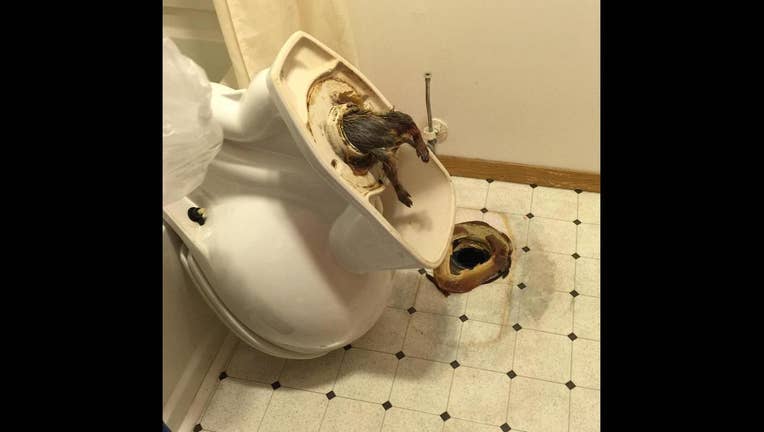 (WTXF)- A United States hotel guest found quite the creepy surprise in his room. It was not a mint on his pillow.

Instead, the man discovered something alive in stuck in the bottom of his toilet.

Redditor cecebird posted a picture online Thursday showing an overturned toilet with the legs of what appears to be a large rat sticking out of the bottom of the pipe.

The poster goes on to explain that their uncle was staying at the hotel, and noticed a scratching sound coming from the bathroom.

Hotel staff made their way up to the room, and reportedly discovered the rodent lodged in the pipes.

The name and location of the hotel were not revealed in the post, but the user writes, "I would check out immediately! If it happened once, it could happen again."