Footage posted all over social media captured a meteor flashing across the sky.

After months of celestial phenomena like the strawberry supermoon, the ring of fire solar eclipse and the rare super flower blood moon, the sky promises one final spectacle to end the summer.

The Perseids are active every year from July 14 to August 24, but the meteor shower will peak between midnight and dawn on August 11, 12 and 13.

How to watch the Perseids meteor shower

The Perseids will be visible around the world, especially in the Northern Hemisphere from July 14 to August 24.

The meteors will peak on August 11, 12 and 13 but will be visible as early as 9 p.m. and continue until 2 a.m. (between sunset local time and dawn) on clear nights.

You don't need any special equipment to view the Perseids, just your eyes. NASA recommends letting your eyes adjust to the night sky for several minutes for maximum viewing. 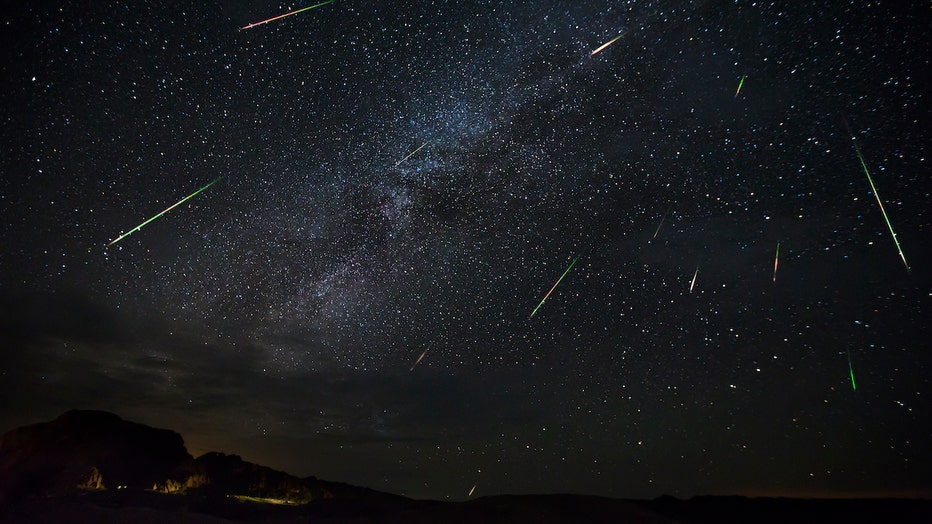 Jason Weingart captures meteors of the Perseid Meteor Shower as they dart across the night sky, on August 14, 2016 in Terlingua, Texas. (Jason Weingart / Barcroft Media via Getty Images)

"You can go out after dark, around 9 p.m. local time, and see a few Perseids," NASA said in a blog post. "Just know that you won’t see nearly as many as you would had you gone out during the early morning hours."

If the weather does not permit for viewing of the Perseids, NASA plans to broadcast the meteor shower live from a camera at NASA’s Marshall Space Flight Center in Huntsville, Alabama on Facebook.

What is the Perseids meteor shower?

As the 109P/Swift-Tuttle comet orbits the sun, it leaves behind a trail of debris that Earth passes once a year.

When Earth passes through 109P/Swift-Tuttle’s debris, particles from the comet come into contact with Earth’s atmosphere, creating a meteor shower.

109P/Swift-Tuttle was discovered in 1862 by Lewis Swift and Horace Tuttle and measures around 16 miles across.

While the Perseids peak in August, meteors are still visible for about 10 days after peak.

The next meteor shower won’t be visible until the Orionids light up the October sky.