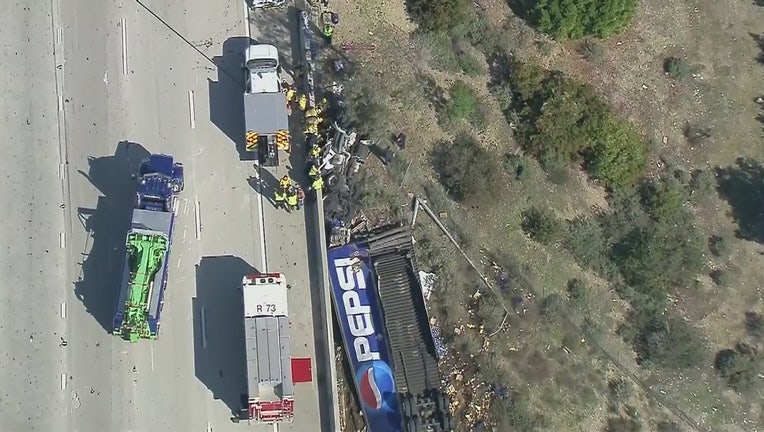 FONTANA, Calif. - First responders Wednesday extricated the driver of a Pepsi truck that fell off of the northbound 15 Freeway near the 210 Freeway interchange.

The crash happened shortly before 12 p.m. Cans of Pepsi were seen scattered around the wreckage.

More than a dozen firefighters worked to free the driver, who was later airlifted to a hospital in an unknown condition.

The California Highway Patrol will be conducting an investigation into the crash. At this time, it is unclear what caused the Pepsi truck to go over the freeway overpass.

Cherry Avenue was shut down as the CHP conducted their investigation, it was unclear when it would reopen.

The northbound 15 Freeway was closed down near Cherry Avenue as the rescue operation was underway. Three of the northbound lanes reopened after the driver was airlifted to the hospital.