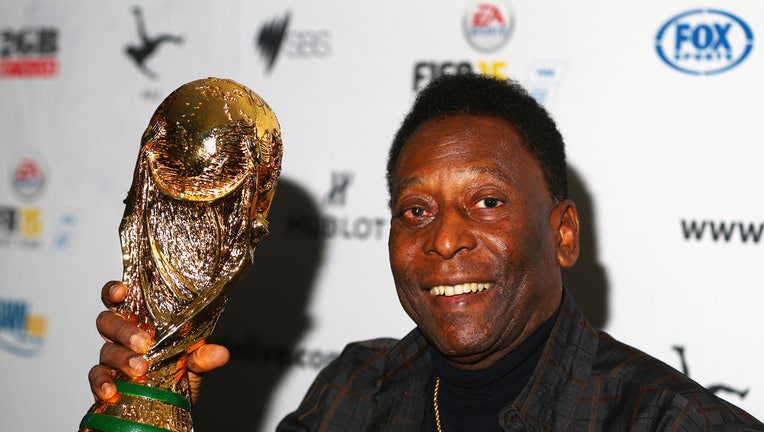 Pelé holds a replica Wolrd Cup trophy during a press conference at The Peninsula on March 26, 2015 in Melbourne, Australia. (Photo by Robert Cianflone/Getty Images)

SAO PAULO - Family members of Brazilian soccer great Pelé are gathering at the Albert Einstein hospital in Sao Paulo where the 82-year-old global icon has been since the end of November.

Doctors said earlier this week that Pelé’s cancer had advanced, adding the three-time World Cup winner is under "elevated care" related to "kidney and cardiac dysfunctions." No other hospital statements have been published since.

Edson Cholbi Nascimento, one of Pelé's sons and known as Edinho, arrived Saturday, one day after he gave a news conference to deny he would visit his father in hospital. Edinho, who works for a soccer club in southern Brazil, had said then that only doctors could help his father.

"He (Edson) is here," Kely Nascimento, one of Pelé's daughters, said in a posting on Instagram with a picture showing her sitting next to Edinho and two of his children at the hospital. "I am not leaving, no one will take me out of here." 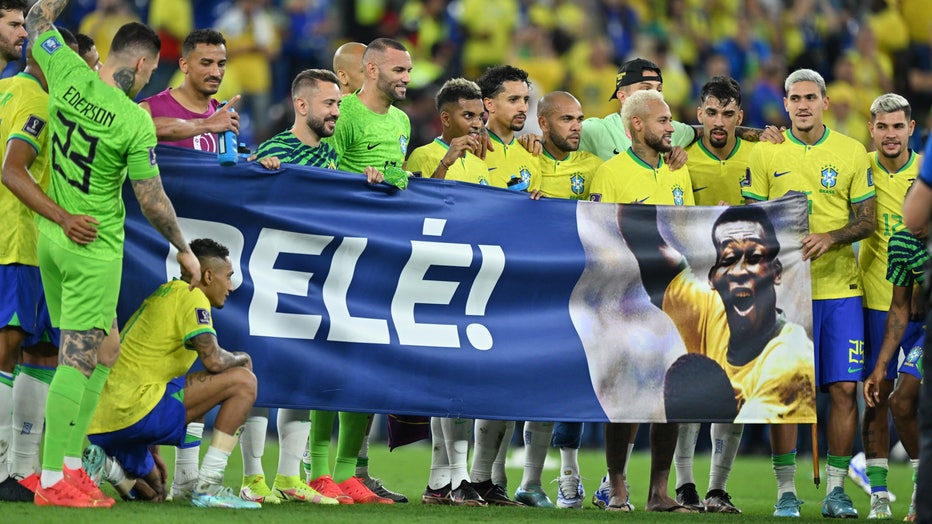 Players of Brazil hold a banner showing support for former Brazil player Pele at the end of the FIFA World Cup Qatar 2022 Round of 16 match between Brazil and South Korea at Stadium 974 on December 05, 2022 in Doha, Qatar. (Photo by Mustafa Yalcin/An

Edson Arantes do Nascimento, who is globally known as Pelé, had a colon tumor removed in September 2021. Neither his family nor the hospital have said whether it had spread to other organs.

Kely Nascimento and her sister Flavia Arantes do Nascimento used their social media channels Friday night to post an undated picture of Pelé apparently holding Kely with one hand as he lay on his hospital bed and Flavia slept on a couch.

"We continue to be here, in this fight and with faith. Another night together," Kely Nascimento wrote.

The hospital has not mentioned any signs of Pelé's recent respiratory infection, which was aggravated by COVID-19. 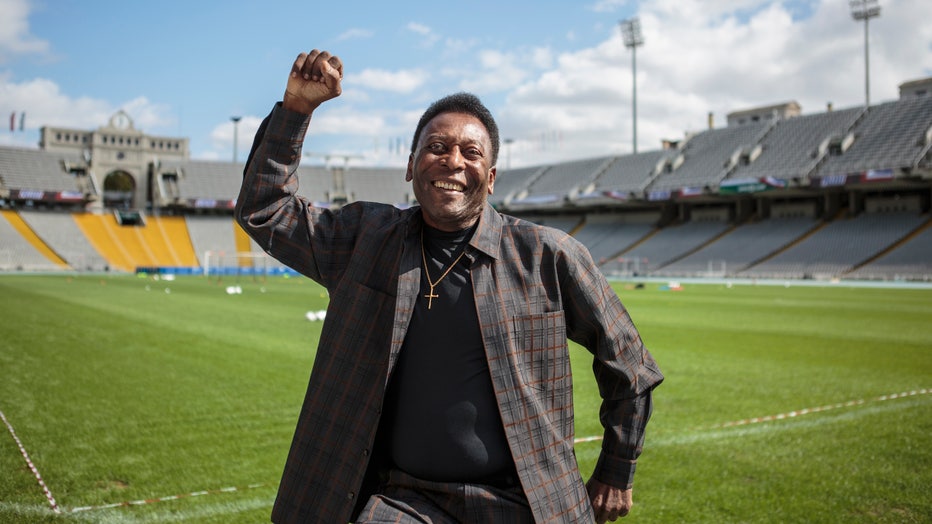 Newspaper Folha de S.Paulo reported last weekend that Pelé’s chemotherapy was not working and that doctors had decided to put him on palliative care. Pelé’s family denied that report.

Pelé led Brazil to victory in the 1958, 1962 and 1970 World Cups and remains one of the team’s all-time leading scorers with 77 goals. Neymar tied Pelé’s record during the latest World Cup.