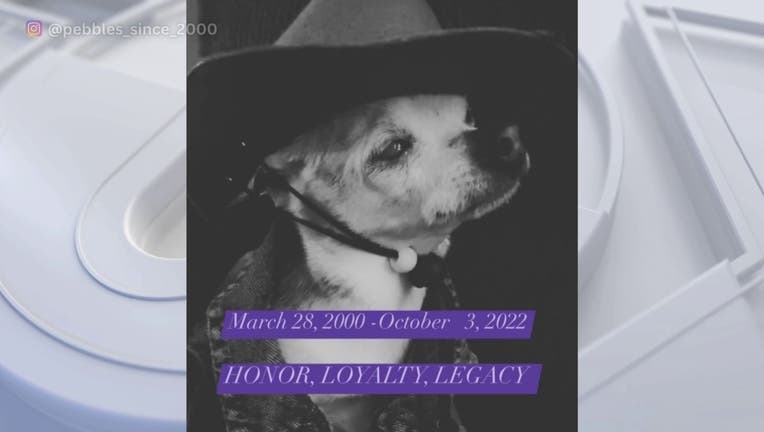 Pebbles, a little dog who set the Guinness world record for the oldest living dog, has died at 22.

According to a press release shared by the dog's owner on social media, Pebbles died on Monday, just five months shy of what would have been her 23rd birthday.

Pebbles was born in 2000 in Long Island, New York and her family moved to South Carolina in 2007, where she spent the rest of her record-breaking life.

According to the press release, she had 32 puppies in her lifetime. Her family remembered the toy fox terrier was having her own personality.

"She was a once in a lifetime companion, and it was our honor to have had the blessing to have had her as a pet, and family member," the South Carolina family said in a press release. "There was never anyone who met Pebbles that didn't love her. She will be deeply missed."

Long before her death, the family had shared Pebbles' adventures on an Instagram page. Pebbles' page had more than 7,400 followers on Instagram.