President Biden says administration plans to reduce gun violence through revoking licenses to sell guns for those who use loopholes. The President spoke at the White House amid a surge of violence seen in major cities in the country.

A former president of the National Rifle Association (NRA) and another gun rights activist were both duped into delivering speeches during a graduation ceremony "dress rehearsal" for a since-discovered fake Las Vegas high school – as organizers of the ruse claim the thousands of empty chairs in the audience were meant to symbolize real 12th-grade students killed this year before their graduation days.

The group, "Change the Ref" – founded by Manuel and Patricia Oliver, whose son Joaquin "Guac" was killed in the 2018 mass shooting at Marjory Stoneman Douglas High School in Parkland, Fla. – conned former NRA president David Keene and John Lott, a gun rights advocate and former Department of Justice researcher under the Trump administration, into agreeing to speak before the graduating class of "James Madison Academy."

But the high school is nonexistent, and a webpage under the web address  https://www.jamesmadisonacademy.net/ which Lott told KSNV he visited before agreeing to the speaking engagement, has since been taken offline. Three videos with the titles "Lost Class" shared to YouTube on Wednesday show clips of Keene and Lott delivering their speeches during what they were told was a dress rehearsal at a Las Vegas stadium.

"They thought they were speaking to James Madison Academy," a slate in one of the video reads. "But really, they were facing the consequence of years spent defending guns."

"For decades, Keene and Lott have used their power and influence to block background checks and common-sense gun reform, which could have saved thousands of these graduates’ lives," Change the Ref said. "Instead, they spoke to a field of 3,044 empty chairs about their ‘bright futures’."

There are 3,044 socially distanced empty chairs spaced out on the field – the number of high school seniors "Change the Ref" estimates from this year’s graduation class who died from gun violence.

"Picture for a minute the young James Madison for who this school was named – this year you focused on one of the most important of Madison’s amendments, the Second Amendment," Keene says in a cap and gown, as the footage is edited to include slated messages and snippets of 911 calls. "There are some who will continue to fight to gut the Second Amendment. But I would be willing to bet that many of you would be among those who stand up to prevent them from succeeding."

The videos argue that Keene and Lott have advocated against background checks. 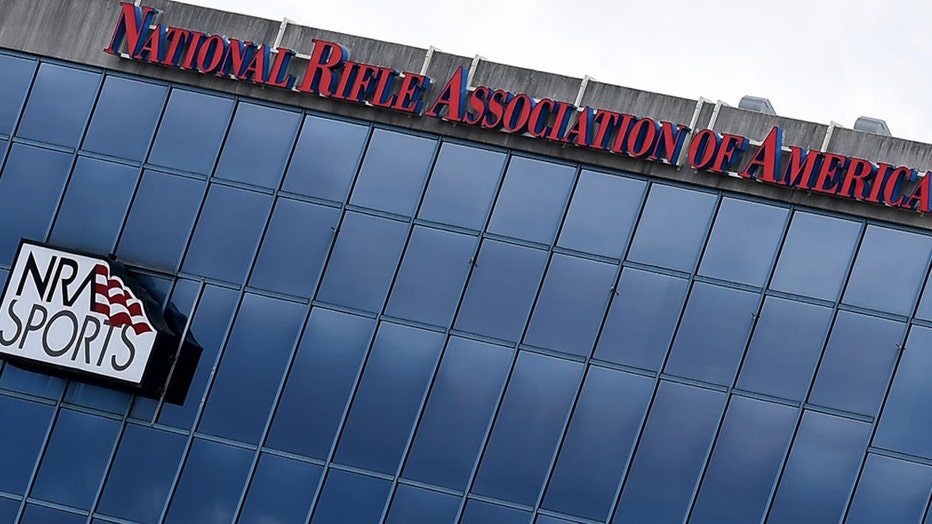 "I look at is we’ve stopped 3.5 million law-abiding citizens who wanted to get a gun," Lott says.

Lott told KSNV he was contacted in April for the speaking engagement and wanted to give students life advice – not speak about politics.

"But they insisted that I had to have half the talk, be on James Madison his views on Second Amendment, and, and, on background checks in particular," Lott said. "So I said well okay if that's really what you want I can do that but it seemed a little bit weird for a commencement address."

He said he received a call after the dress rehearsal that the graduation was canceled – and then stopped hearing from the organizers altogether.

"You have to understand we are talking about losing your son or daughter. I cannot find anything more painful in life than that," Manuel Oliver said in one of the videos. "This is about the empty chairs, my son, and all the kids who have to go through this bull ****, and no one pays attention to it."

Will Pregman, with progressive group Battle Born Progress, told KSNV that it was ironic that Keene and Lott "agreed to speak to a school without doing, ironically, a background check."