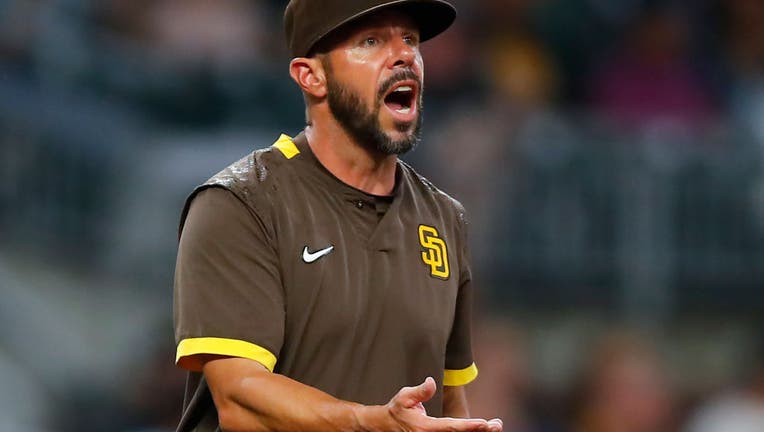 ATLANTA, GA - JULY 20: Manager, Jayce Tingler of the San Diego Padres visits the mound in the sixth inning of an MLB game against the Atlanta Braves at Truist Park on July 20, 2021 in Atlanta, Georgia. (Photo by Todd Kirkland/Getty Images)

SAN DIEGO - The San Diego Padres have fired Jayce Tingler, who presided over the biggest collapse in franchise history just a season after finishing second in voting for NL Manager of the Year.

General manager A.J. Preller announced the move Wednesday, three days after the Padres finished 79-83 and in third place in the NL West, 28 games behind San Francisco. Preller said Tingler will be given the opportunity to remain in the organization.

Tingler’s fate was sealed during a brutal freefall that saw the Padres go from a one-game lead for the NL’s second wild-card spot on Sept. 9 to being eliminated from playoff contention with seven games left. The Padres clinched their 10th losing record in 11 seasons.