One of Georgia's runoffs remains undecided, with Ossoff leading by roughly 16,800 votes.

Ossoff declared victory over Perdue Wednesday morning, despite most news agencies considering the race too close to call.

While Perdue led Ossoff by about 88,000 votes in November, those votes tightened up Tuesday, shuffling leads back and forth between the pair by less than 10,000 votes either way.

Ossoff led the Republican incumbent by over 18,000 votes - more than President-elect Joe Biden's margin of victory in the state during the presidential election.

Speaking Wednesday morning on a video, Ossoff said "It is with humility that I thank the people of Georgia for electing me to serve you in the United States Senate."

In his statement, Ossoff focused his attention on the COVID-19 pandemic, promising to support a "robust public health response" while also mentioning more economic relief for suffering Americans.

"This campaign has been about health and jobs and justice for the people of this state — for all the people of this state," Ossoff said. "And they will be my guiding principles, as I serve this state in the U.S. Senate, ensuring that every Georgian has great health care, no matter our wealth, ensuring that we invest in an economic recovery that includes all communities, that rebuilds our state's infrastructure, that lays the foundations for prosperity in rural Georgia, suburban communities, and urban communities alike, and securing equal justice for all, following in the footsteps of leaders who have departed us in this last year like Congressman John Lewis and C.T. Vivian."

While Ossoff and other Democrats are confident of his lead, the Associated Press and other news outlets have not yet called the race, given the number of votes remaining to be counted.

The Senate race could come down to the very last vote, a sentiment that Perdue’s campaign expressed in a statement released early Wednesday morning.

"As we've said repeatedly over the last several weeks and as recently as this evening, this is an exceptionally close election that will require time and transparency to be certain the result are fair and accurate and the voices of Georgians are heard," the statement reads. "We will mobilize every available resource and exhaust every legal resource to ensure all legally cast ballots are properly counted. We believe in the end, Senator Perdue will be victorious."

Perdue, a 71-year-old former business executive who held his Senate seat until his term expired on Sunday was being challenged by Ossoff, a former congressional aide and journalist. At just 33 years old, Ossoff would be the Senate’s youngest member. His youth was reflected in his optimistic ideology during his campaign where he talked of a "new Georgia." 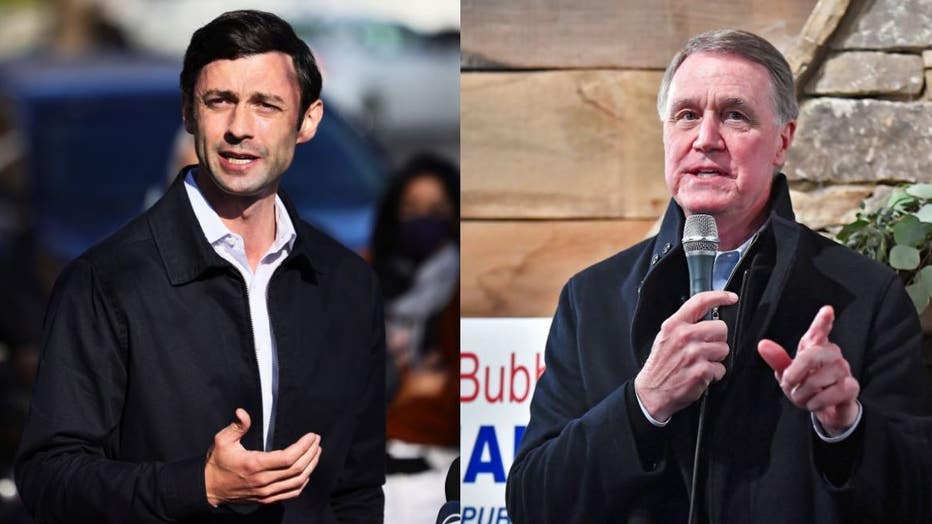 If Ossoff wins, Democrats will have complete control of Congress, strengthening President-elect Joe Biden’s standing as he prepares to take office on Jan. 20.