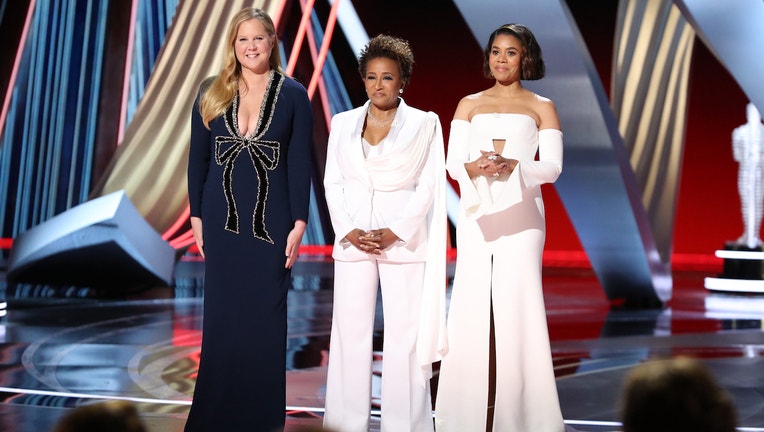 CHICAGO - It was the slap heard around the world. Or not heard, depending on which country you were watching in.

What was supposed to be a return to the glitz and glam of an Oscars ceremony hosted by famous comedians in the luxurious Dolby Theater was instead dominated by a single unnerving unscripted moment: Best Actor nominee and eventual winner Will Smith getting out of his seat to slap presenter Chris Rock in the face mid-show.

It initially played like a pre-planned joke — similar to an earlier moment when Smith and his wife Jada Pinkett Smith had laughed off a playful ribbing from Regina Hall, who co-hosted the evening with Wanda Sykes and Amy Schumer. But the mood swiftly turned somber as ABC cut the sound from the broadcast while a visibly agitated Smith returned to his seat but continued to yell towards Rock onstage.

Though Lupita Nyong'o’s shocked face said it all, uncensored feeds from Japan and Australia eventually began circulating with the full exchange, in which Smith is heard yelling, "Keep my wife’s name out of your (expletive) mouth." (Rock — who’d previously made some digs against Pinkett Smith when he hosted the 2016 Oscars — had joked that her shaved head looked ready for a sequel to "G.I. Jane"; Pinkett Smith has publicly discussed her struggle to come to terms with her alopecia, an autoimmune disorder that impacts hair follicles and causes hair loss.) 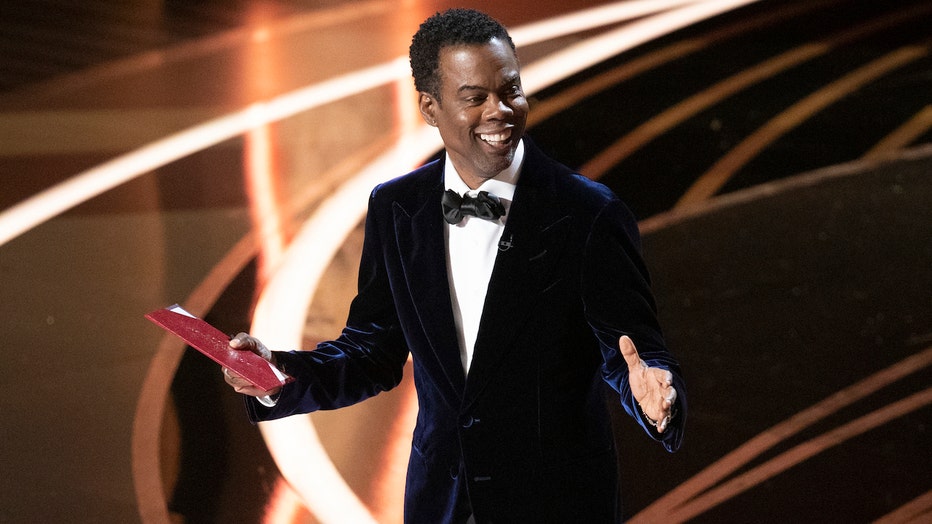 A clearly discombobulated Rock eventually managed to return to the task at hand: Giving out the Academy Award for Best Documentary Feature. Yet Smith’s confrontational moment hung over not only Ahmir "Questlove" Thompson’s understandably bewildered acceptance speech for directing the excellent music documentary, "Summer of Soul," but also pretty much the entire rest of the evening.

After the show briefly tried (and largely failed) to proceed as normal, it was presenter Sean Diddy Combs who helped deflate the tension by at least acknowledging the slap had taken place and warmly quipping that Smith and Rock could "solve it like family" at Jay-Z and Beyoncé’s after party. "But right now we’re moving on with love," he added, which earned a laugh and applause from Smith and Pinkett Smith. (Indeed, one of the stranger parts of the evening was watching Smith continue to sit front row for the next 40 minutes until his category was called, engaging with the show as if nothing out-of-the-ordinary had happened.)

In a normal year, there could be any number of different angles to take when writing about this year’s Oscars telecast: The pioneering wins and moving speeches from Best Supporting Actress Ariana DeBose (the first openly queer woman and first Afro-Latina to win an acting award at the Oscars) and Best Supporting Actor Troy Kotsur (the first deaf man to win an acting Oscar). The controversial decision to give out eight craft awards during an unaired pre-show event, with snippets of those speeches somewhat confusingly edited into the main broadcast. Beyoncé’s stunning opening performance of "Be Alive" from a Compton tennis court. Those bizarre "fan voted" awards (congrats to The Flash on entering the Speed Force, I guess). The strangely upbeat In Memoriam section. The fact that what was supposed to be a streamlined broadcast ran 40 minutes long. 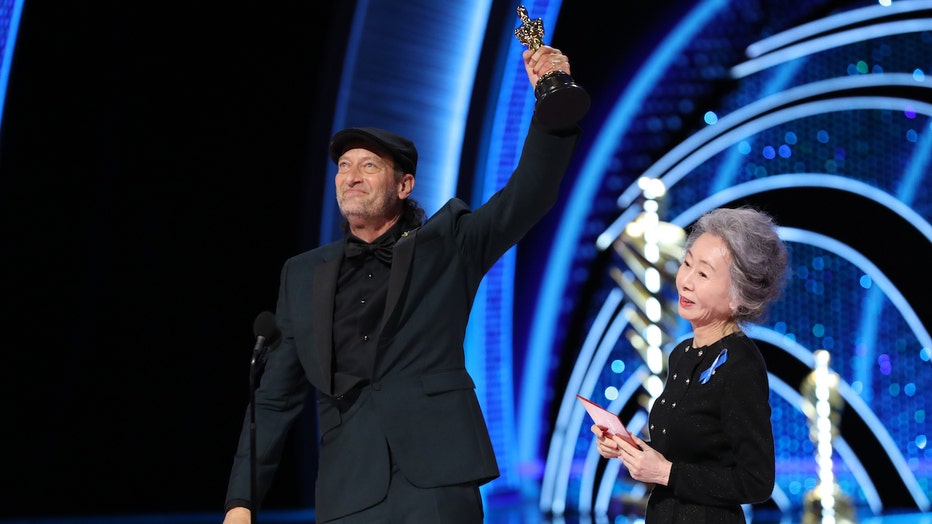 But it’s the surreality of the Smith slap that lingered, even more so once he actually won Best Actor for "King Richard" — taking home his first Academy Award after two previous nominations and many overtly Oscar-friendly performances. In his tear-filled acceptance speech, Smith drew a parallel between his onstage behavior and the protective streak exhibited by his character Richard Williams (father of tennis legends Venus and Serena Williams) before he eventually apologized to the Academy and the rest of his fellow nominees. The rambling, emotional five-and-a-half-minute speech was tough to watch for any number of reasons — maybe mostly because of the instinctual feeling that this isn’t how any of this was meant to happen. 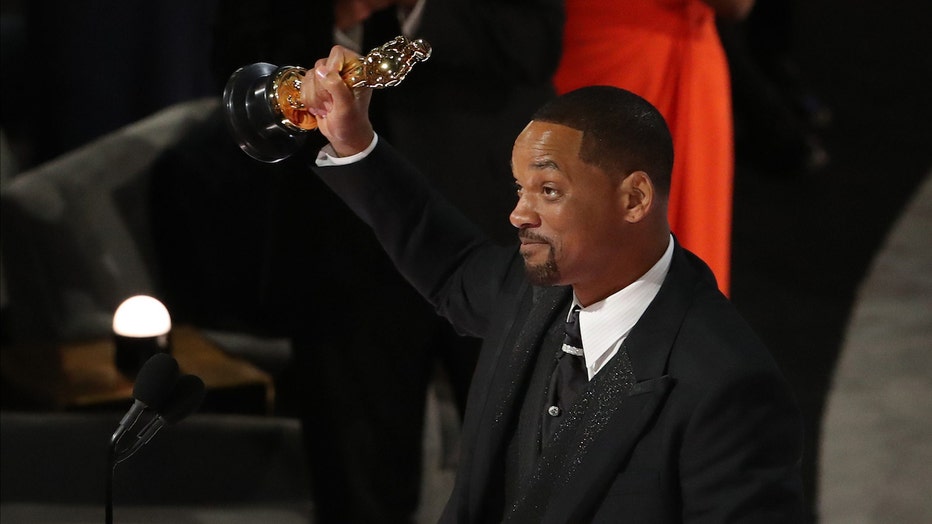 Of course, award shows have had their fair share of bizarre unscripted moments before, from Kayne West interrupting Taylor Swift at the VMAs in 2009 to Jennifer Lawrence tripping up the stairs at the 2013 Oscars to the entire "La La Land"/"Moonlight" debacle from 2017. But what made this particular event so hard to process — beyond the sheer violence of it — was how much it went against the charismatic, upbeat "movie star next door" persona Smith has spent his entire 37-year career carefully crafting.

RELATED: What our critics thought of "King Richard"

Indeed, for as much as the Oscars are about honoring movies, they’re also about the public’s relationship with celebrities. We tune in to watch beautiful actors in beautiful black tie attire (shirts optional) perform their public personas in ways that are easily consumable — funny, moving, entertaining, enjoyably weird. It’s the sort of thing Smith usually excels at better than just about anyone. Yet on the biggest night of his professional career, he seemed to inexplicably snap in a way even he appeared unable to process. Indeed, Smith himself could only explain his actions by echoing the words of wisdom he’d just received from friend and fellow nominee Denzel Washington: "At your highest moment, be careful, that’s when the devil comes for you."

No one seemed to know how to lighten the mood — or even if they should at all. Schumer eventually came back on to joke about how the "vibe" in the room had shifted before delivering a bizarre off-handed swerve of her own. She started by tributing Danny Glover, Samuel L. Jackson, Elaine May and Liv Ullmann for the humanitarian award and lifetime achievement Oscars they’d respectively picked up at the Governors Awards before tossing off the line, "And there’s a genocide going on in the Ukraine and women are losing all of their rights ... and trans people." 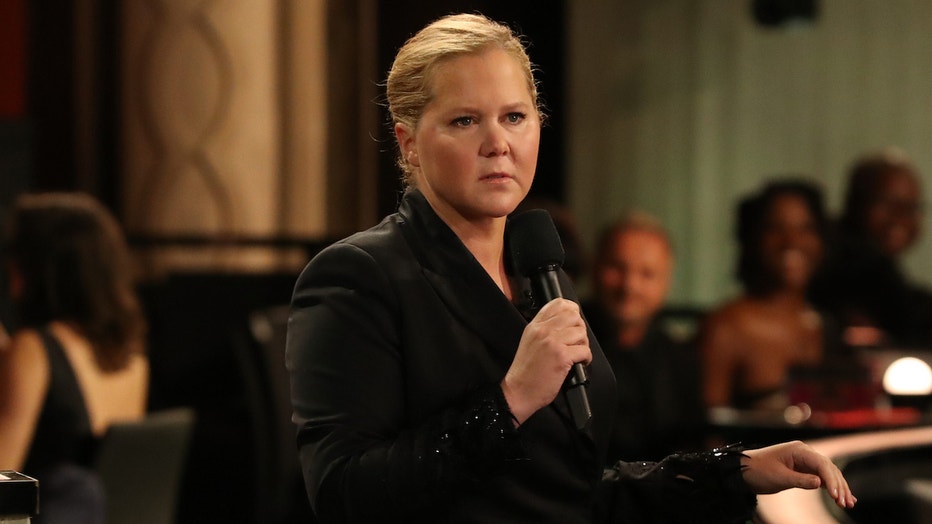 It was less than her initial hope that Ukrainian President Volodymyr Zelenskyy would be able to make a satellite call into the show, but more than the telecast had previously managed to muster with the vague call to action to help the people of Ukraine that followed Ukrainian-born Mila Kunis broadly acknowledging "recent global events" and "the strength of the human spirit."

Even without the Smith fiasco, this year’s Oscars would have felt pretty bizarre, unable to straddle the line between honoring the best films of 2021, acknowledging our complicated present moment and putting on a show designed to appeal to some imaginary mainstream audience. (Here’s Tony Hawk, Shaun White and Kelly Slater introducing... a tribute to 60 years of James Bond?) With the Smith/Rock incident, however, this year’s Oscars felt like full-on chaos — captivating but for all the wrong reasons.

RELATED: Oscars 2022: Where to stream ‘CODA’ and what our critics thought

Yet the moment from this year’s Oscars that will stick with me in a good way is a small, deeply humane one that came right at the tail end of the lengthy broadcast.

The night wrapped up with Lady Gaga and Liza Minnelli coming out to present Best Picture, which eventually went to AppleTV+‘s "CODA," the first streaming film to take home that prize (a milestone Netflix missed out on after years of trying). Though enthusiastic and upbeat in her wheelchair, the 76-year-old Minnelli also seemed to get slightly lost in what exactly she was supposed to do onstage. Gaga — who spent a lot of time performing with Tony Bennett during his years of cognitive decline from Alzheimer's — gracefully guided Minnelli through that confusion with charming onstage banter. 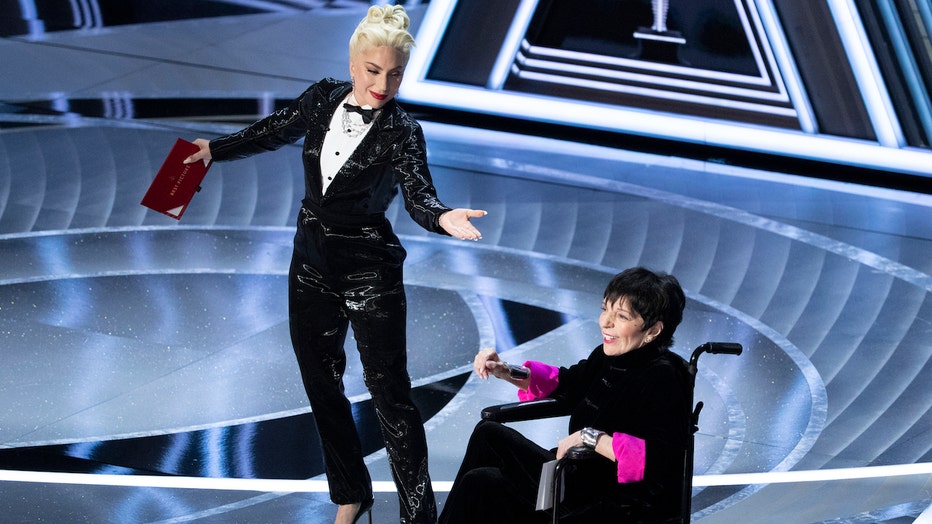 Then, in a moment she clearly didn’t expect the audience to be able to hear as the nominee clip package started to roll, Gaga leaned down and kindly whispered two words of reassurance in Minelli’s ear: "I gotcha."

On what felt like a celebratory night for some but also an upsetting night for many, those are the words you hope someone is saying to them all right now.

About the writer: Caroline Siede is a film and TV critic in Chicago, where the cold never bothers her anyway. A member of the Chicago Film Critics Association, she lovingly dissects the romantic comedy genre one film at a time in her ongoing column When Romance Met Comedy at The A.V. Club. She also co-hosts the movie podcast, Role Calling, and shares her pop culture opinions on Twitter (@carolinesiede).

Lilies of the Field (1963): The great Sidney Poitier made history when he won a well-deserved Oscar for this comedic drama, an adaptation of William Edmund Barrett’s 1962 novel. Poitier plays Homer, a nomad with long-dormant dreams of becoming an architect. When he meets a group of nuns trying to make a life in the harsh Arizona desert, however, he’s persuaded to stay on and help with a number of small jobs, then some medium-sized jobs and finally a whole church-sized job. It’s a charming film anchored by Poitier’s warm presence and thoughtful performance — a turn that will appeal to believers and non-believers alike. Rated TV-PG. 94 minutes. Dir: Ralph Nelson. Featuring: Sidney Poitier, Stanley Adams, Lilia Skala.

Girl, Interrupted (2000): Angelina Jolie rocketed to superstardom after picking up an Oscar for this fiery adaptation of Susanna Kaysen’s memoir of the same name. Yet her Oscar night itself made such a splash (sensational dress, said she was "so in love with" her brother and smooched him on the lips, etc.) that it’s perhaps overshadowed exactly how good she is as charismatic and dangerous psych ward patient Lisa Rowe. And while Jolie may be the standout, "Girl, Interrupted" offers a cast full of heavy-hitters, including Winona Ryder, Elisabeth Moss, Brittany Murphy and (briefly!) Jared Leto. Rated R. 127 minutes. Dir: James Mangold. Also featuring Clea Duvall, Vanessa Redgrave, Whoopi Goldberg.

Tubi has more than 35,000 movies and television series from over 250 content partners, including every major studio, in addition to the largest offering of free live local and national news channels in streaming. The platform gives fans of entertainment, news and sports an easy way to discover new content that is available completely free.