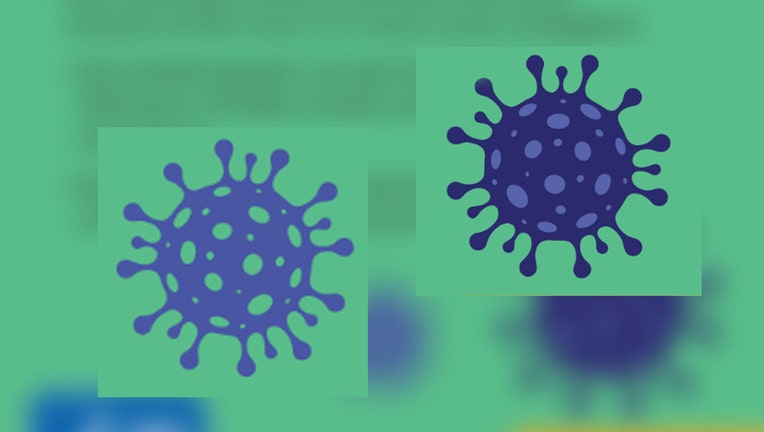 SANTA ANA, Calif. - As the highly contagious Delta variant of the coronavirus continues to surge, seven more COVID-19 deaths have been recorded in Orange County, according to the most recent data.

Meanwhile, the COVID death toll for August grew to 23, topping July's 16 -- marking the first time the county has seen a rise month to month since the winter surge.

Vaccinations have steeply driven down the death toll each month since records were set in December and January, but it now appears they are trending back up due to the Delta variant.

One of the deaths this month included someone in the 25-to-34 age group, Andrew Noymer, an epidemiologist and UC Irvine professor of population health and disease prevention, told City News Service.

"To get those deaths to go down we need to get to better than 2 million" vaccinated, Noymer said. "We won't see January 2021 death rates again. That ship has sailed, thank God. Good riddance. But we're not done seeing mortality."

Despite the increase in fatalities, the monthly death toll is notably lower than during the spring.

"The July and August deaths are still quite modest," Noymer said.

Hospitalizations, which Noymer flags as the most important statistic, decreased from 573 on Wednesday to 565 on Thursday, with the number of intensive care unit patients dropping from 129 to 122.

"Hospitalization is steady," Noymer said. "It remains to be seen how long the numbers stay down because of back-to-school. But statewide, we seem to be finding a peak, so we'll see."

The county has 1,989,131 fully vaccinated residents. That includes 1,857,185 who received the two-dose Moderna or Pfizer vaccines and 131,946 who received the one-dose Johnson & Johnson shot.

According to weekly averages released on Tuesdays, the county's average daily case rate per 100,000 residents increased from 20.2 to 22.2, while the test positivity rate ticked down from 8.1% to 8%.

The county's Health Equity Quartile rate, which measures the impact on disadvantaged communities, remained at 8.4%.

Another 477 infections were reported Thursday, raising the cumulative total to 282,643 since the pandemic began.

The county had 19.7% of its adult ICU beds and 69% of its ventilators available.

Many of the infections being logged are due to an increase in testing and many are among vaccinated residents so the symptoms are not leading to serious illness requiring hospitalization. Some are being caught as patients are admitted to hospitals for unrelated reasons.

The evidence of how students returning to school affect the infection rates may show up next week, Noymer said.

Noymer said he was hopeful that the U.S. Food and Drug Administration's approval of the Pfizer vaccine for anyone 16 and older will help increase vaccination rates.

"If anyone was waiting for the FDA to approve it, they have that approval now for 16 and up," Noymer said.

The vaccine is still being administered under emergency use authorization for ages 12 to 15.

Dr. Clayton Chau, the county's chief health officer and director of the OCHCA, told the Board of Supervisors on Tuesday that the county's vaccination rate was the highest among the largest counties in the state.

Among those eligible for a vaccine, 76.3% have received at least one dose, Chau said. Of the eligible population, 68% were considered fully vaccinated, which exceeds the state average, Chau said.