While talking with Dr. Marwa Kilani on the first floor of Providence Holy Cross Hospital, the Palliative Care specialist says, "Usually this lobby is bustling with families... little kids running around."

But, in a holiday season during an ongoing pandemic, it was a winter unlike any other.

Now, a few months later, she thinks out loud about what she and other medical professionals have experienced.

She says, "I think this has been the worst year of our life."

Another medical professional Dr. Matthew Waxman says, "None of us ever expected this."

Waxman says he was trained to keep his cool but admits he was not prepared for something like the ongoing pandemic. He says he feels the weight of it all.

When asked about his emotions, he told us, "I have cried... wouldn’t say a lot... but I have definitely cried. I have, more importantly, come home and bared my soul to colleagues in a way as a physician like I never had before."

Kilani has a tough job of dealing with end-of-life patients. We asked how many have died on her watch.

She’s not exactly sure as she says, "I’d probably say at least a couple of hundred."

But, it’s not just the deaths. It’s also saving as many lives as possible among the critically ill; the ones that need oxygen and ventilators.

Says Waxman, "I feel it right here in my heart right now to say that I’ve taken care of at least a few hundred critically ill sick patients."

And, what have the two doctors learned about life in the past year of dealing with COVID-19?

Dr. Waxman says, "Of course, there are things that we have learned. The truth is I don’t think we’ve learned enough."

More, he adds, is needed on treatments and therapies to combat the disease. A few weeks ago, the staff at Holy Cross turned that Christmas tree that lit up the hospital lobby into a "Valentine's tree." The picture of the team is priceless after a year of such struggle. 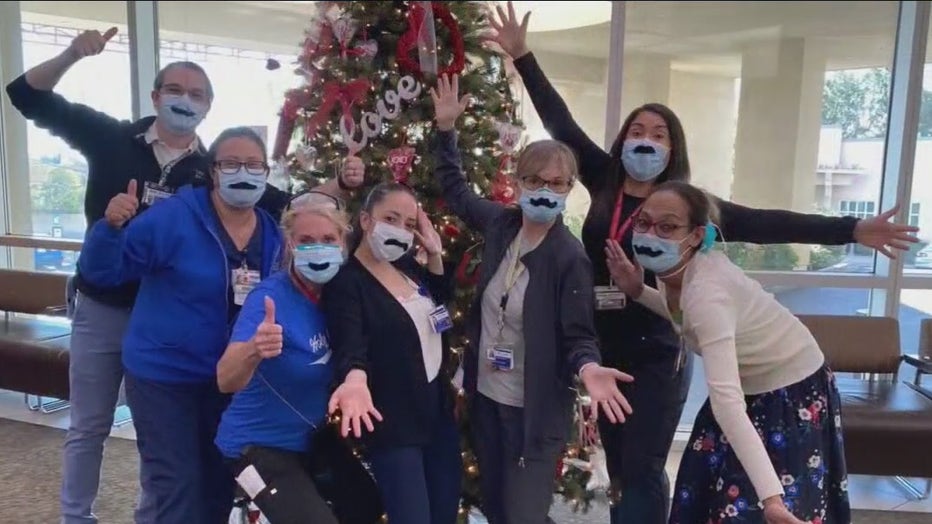