One person was killed following a deadly crash on the northbound lanes of the 605 Freeway in Whittier on Friday morning, officials said.

CITY OF INDUSTRY, Calif. - One person was killed and several others were injured following a multi-vehicle crash on the northbound lanes of the 605 Freeway in the City of Industry early Friday morning, officials said.

Authorities responded to the crash on the Rose Hills Road off-ramp just before 2:30 a.m.

The driver of a silver sedan was killed when his vehicle overturned in the collision and it is believed a big rig was also involved, officials said.

The crash closed down the Rose Hills Rd. off-ramp to the 605, plus the northbound HOV lane and the northbound numbers one, two and three lanes of the 605. 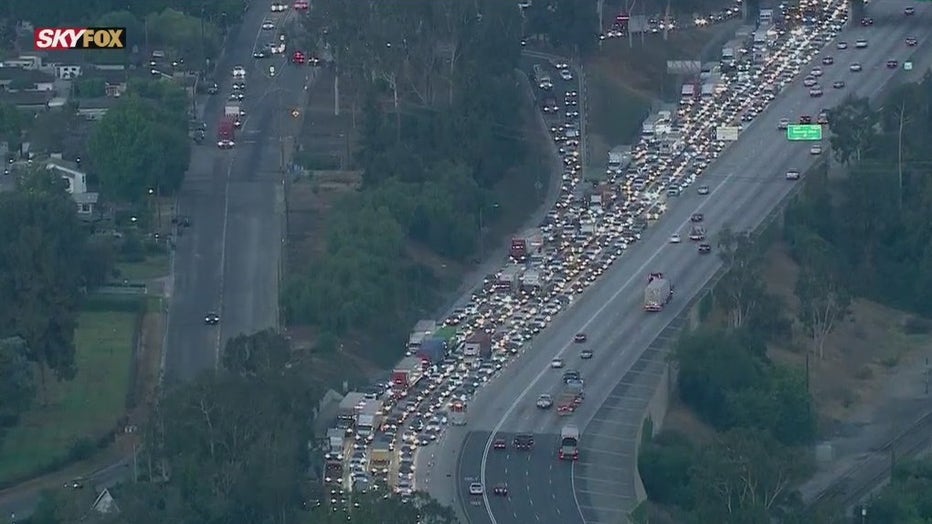 At least four patients involved in the six-vehicle crash were taken to the USC Medical Center.

No further investigation was immediately released.