A WWJ News anchor was the victim of a murder and attempted suicide in Chesterfield. Matthews was killed while two children, a woman, and a man were found injured. Police said the man had self-inflicted injuries.

The Chesterfield Police Department is investigating a horrible crime scene on Friday that ended with a 57-year-old man dead, a woman stabbed, and a 10-year-old boy tied up and shoved into a closet.

According to police, they were called to a domestic situation near Hooker and Jefferson where police said one man was killed, a suspect and three other victims - including two children - are all being treated at the hospital.

The victim is a white 57-year-old man, police said. At 5:46 p.m. WWJ-950 news anchor Jackie Paige broke the news that Matthews, their co-worker, was the man killed.

A press conference was held Friday with updates after a man was killed, and four people, including two children, were hurt during a murder and attempted suicide in Chesterfield.

"Jim worked as the overnight news anchor here for nearly seven years. He would often talk to co-workers about his children, his love for them, and their adventures at school. He was a consummate professional and was dedicated to WWJ and the broadcasting industry.

"He loved delivering the latest news to his listeners every night. There have been many tears shed in our newsroom this afternoon."

During a press conference Friday afternoon, Chesterfield Police Director of Public Safety Brian Bassett explained the details of the investigation that they could release at this time.

Bassett said they were called to a home on Bayview around noon and said one man attacked the other four victims and was ultimately found in the basement.

According to Bassett, a 35-year-old woman had been stabbed multiple times, a 10-year-old boy was found tied up in a closet with trauma to his head, and a 5-year-old girl was also injured.

Chesterfield Township Police said a man killed a 57-year-old man and attacked three others including two children before he was found in the basement from a suicide attempt.

Police said the woman and boy are both in critical condition in the hospital. The 5-year-old is in stable condition.

According to Bassett, the woman and the girl were able to escape the home and flag down a passing driver who then called 911.

Inside the home, police found Matthews dead and the boy bound in a closet. When they searched, they found a 54-year-old man who was overdosing and had self-inflicted wounds in the basement.

Bassett did not explain what those wounds were from but said that a gun was not involved.

He said the man who was killed was the father of the children and that there appeared to be a relationship between the suspect and the 35-year-old woman.

"There does appear to be some relationship. The suspect was frequently at the home," he said. "He was welcomed into the home initially"

Bassett would not say how long the suspect was inside the home but said that he had arrived early Friday morning. 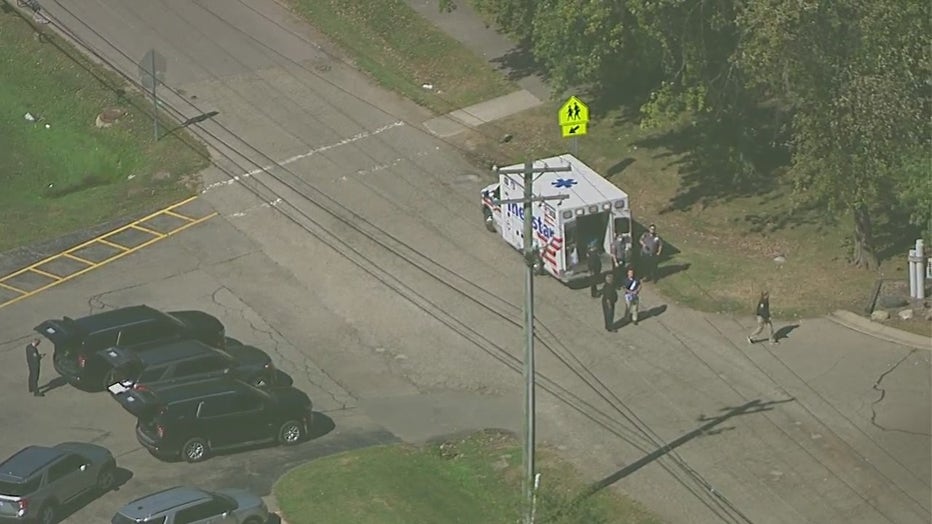