Former ski racer Lindsey Vonn has always been a bit of a non-traditionalist in everything she’s done, whether competing in the Olympics or her high-profile relationship with golfer Tiger Woods.

The 35-year-old has gone and done it again – announcing on Twitter on Christmas Day she’s asked her boyfriend, defenseman P.K. Subban of the NHL's New Jersey Devils, to marry her.

Vonn announced she popped the question to Subban in a tweet saying: “Merry Christmas and happy holidays everyone!! On our 2 year anniversary, in a “non traditional” move, I asked PK to marry me and he said, Yes (bashful emoji) ! Women aren’t the only ones who should get engagement rings!”

She closed her tweet with hashtags “MerryChristmas” and “equality.” 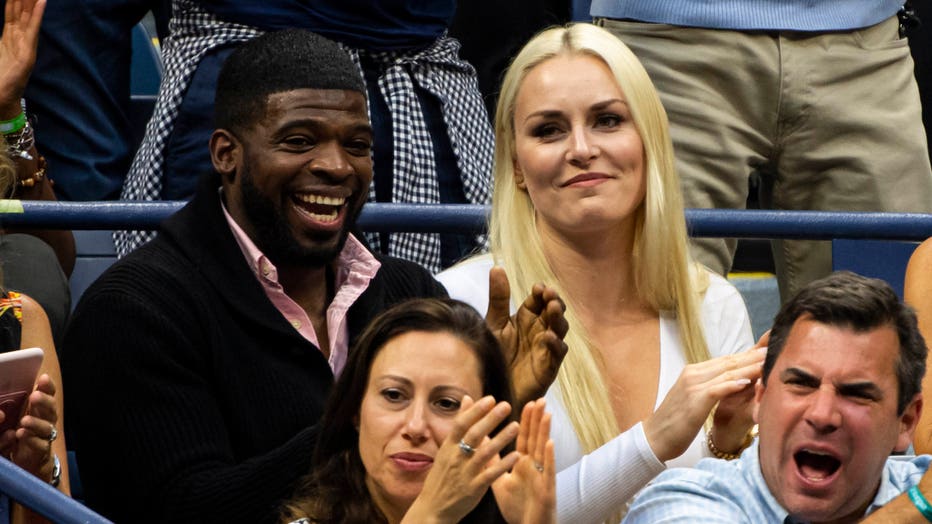 The tweet also included a link to a picture of Vonn and Subban with the ring, while the couple appeared in matching striped pajamas in front of a Christmas tree with three dogs in the foreground. In addition, the tweet included a close-up of Subban flashing the ring, with the words “Drip drip” and a blue teardrop.

In an August Instagram post about the couple’s relationship and possible engagement, Vonn said: "I said YES!!! 💍❤️Can’t wait to spend the rest of my life with this crazy/kind/handsome/hyper/giving man #heputaringonit #isaidyes," Vonn captioned a video of the couple chatting about the major moment, including plans for a summer 2020 wedding date, Fox News reported.

Subban, 30, won the 2013 Norris Trophy with Montreal as the NHL’s top defenseman. He was traded to New Jersey from Nashville in June.