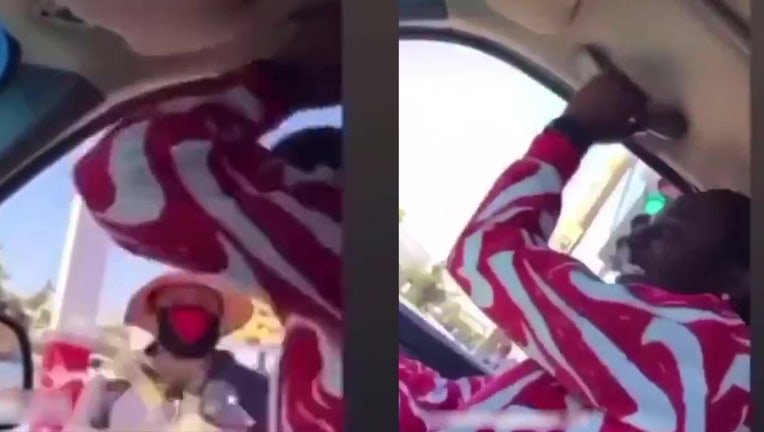 LOS ANGELES - Authorities on Monday circulated a video of a man or teenage boy throwing an egg at a masked vendor in the unincorporated Florence area near South Los Angeles.

The video of the attack, which occurred near Florence and Central avenues, appears to have been taken by the car's driver, and it shows the passenger call over a street vendor and throw an egg at his chest before the driver drove away.

The sheriff's department does not know when the incident occurred, but they believe the perpetrator shared the video on the internet in the past week, Deputy Juanita Navarro-Suarez of the Sheriff's Information Bureau said.

"During this pandemic, choose to stay home next time. In the meantime we'll be in touch," the sheriff's department wrote on Twitter to the suspect.

Deputies need help identifying the suspect and the victim, and they encouraged anyone with information about the incident to call LA Crime Stoppers at 800-222-TIPS.