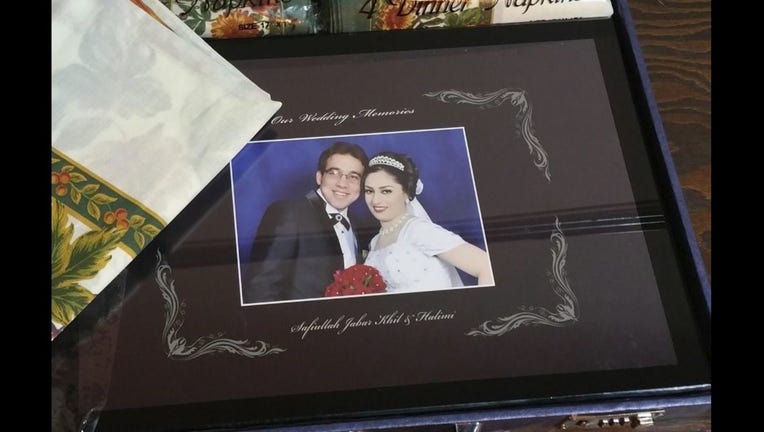 The album was found last Sept. 14 in the arrivals area of the terminal, said Airport Police Officer Rob Pedregon.

"Standard protocol for lost items is officers attempt to locate the owners for 97 days,'' Pedregon said. "Unclaimed items are then assessed, and are either discarded or auctioned off.''

However, airport police kept trying to locate the owners because officers "just couldn't get rid of something with such sentimental value,''
Pedregon said.

The cover shows a picture of a man and a woman, with inscriptions that read, "Our Wedding Memories'' and "Safiullah Jabar Khil & Halimi.''

Images from the scrapbook are posted on the Facebook page of Los Angeles Airport Police, and on the department's Twitter page.

Anyone with information about the identity of the couple was urged to contact airport police.