LOS ANGELES - An investigation continued after an off-duty Los Angeles police officer was shot multiple times by a suspect who broke into his private vehicle at his Sherman Oaks apartment, police said.

The Los Angeles Police Department responded to an assault with a deadly weapon call at 2:25 p.m. Wednesday near the area of Vesper Avenue and Weddington Street. They also received a report that shots were fired. 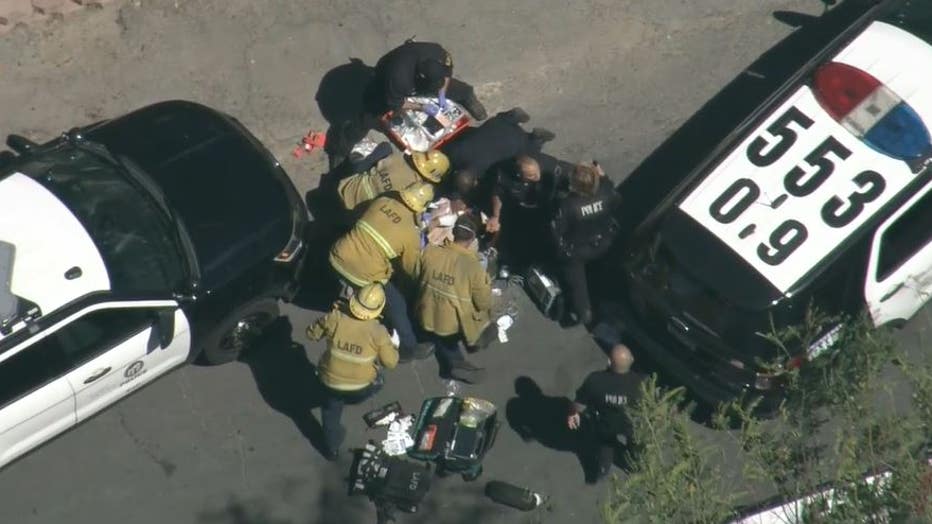 According to LAPD Chief Michel Moore, the off-duty officer was with a woman leaving their apartment and heading to the locked parking garage under the building when he saw a man sitting in his own private vehicle.

The individual who was in the officer’s vehicle was wearing the officer’s bulletproof vest and gained access to his weapon and bag.

As the officer confronted the man about the car burglary, an altercation ensued resulting in a gun battle between the off-duty officer and the suspect.

Chief Moore says the suspect used the officer’s gun, which was in the vehicle, to fire at the officer. To defend himself, the officer fired back using his backup gun. The gun battle began in the parking garage and eventually moved into the street, Moore detailed during a press conference.

Once the suspect was struck, the officer then secured his bullet proof vest and gun from the suspect.

An off-duty Los Angeles police officer was rushed to the hospital after a shooting in Sherman Oaks Wednesday afternoon.

"The officer goes back to his vehicle inside the subterranean garage, rejoins the other individual he was there with and places those guns next to the vehicle and collapses," Moore said.

The officer suffered multiple gunshot wounds to his upper torso and one to the thigh.

The suspect suffered gunshot wounds to his shoulder, arm and leg. Chief Moore says after the suspect was shot, he was seen throwing the officer’s firearm magazines over a fence. 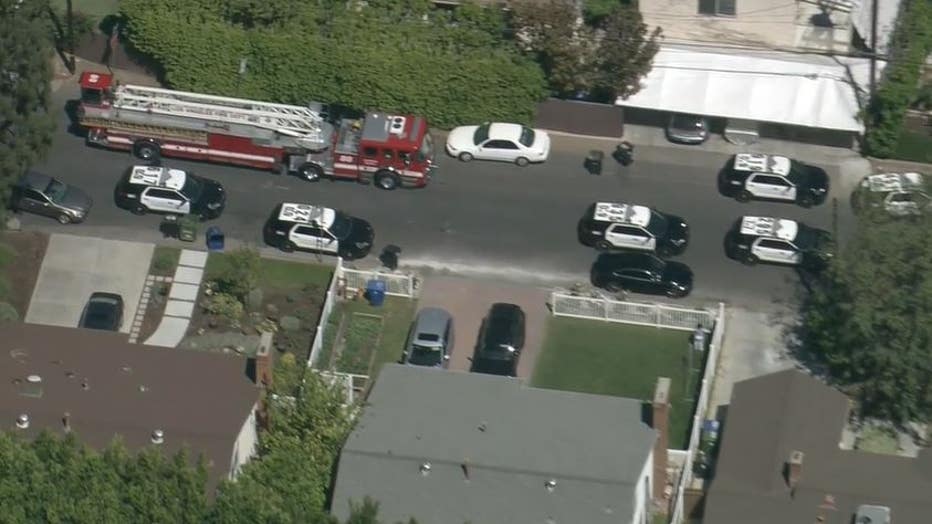 "From what started out as a burglary, a theft into a vehicle, and the senselessness of this escalated into this level of violence just has me extremely troubled," Moore stated.

Both the officer and suspect where transported to the hospital in stable condition. The officer immediately went into surgery.

The suspect is in custody.

Neither the suspect nor the officer have yet to be identified. The woman who was with the officer was not injured.

"Praying for one of my friends that was just shot," LAPD Officer William Jones Jr. wrote on Twitter following the shooting.

Chief Moore says the burglary appears to be random and the officer was not targeted.