The two ducks were found at Mile Square Park in Fountain Valley and brought to the Wetlands and Wildlife Care Center for treatment. The ducks, one male and one female, were found on July 31st and August 13th.

ORANGE COUNTY, Calif. - Authorities in Orange County are investigating after two mallards were found with their bills severed on two different occasions.

The two ducks were found at Mile Square Park in Fountain Valley and brought to the Wetlands and Wildlife Care Center for treatment. The ducks, one male and one female, were found on July 31st and August 13th.

"This is a really sad case. It was clearly malicious and it [the injuries] actually started to heal a little bit, so it had likely actually been done a few days before and the birds came in starving to death because they couldn't eat. They need their mouths to eat. We all do," said Debbie McGuire, the Executive Director of Wetlands and Wildlife Care Center in Huntington Beach.

The center is a 501c3 nonprofit hospital and rehabilitation center built for wildlife. Staff at the center takes care of mammals and birds that come in orphaned, oiled, abused or injured.

"Our whole point is to help them survive out there and it's hard enough for them. We [staff at the center] get a lot of abuse coming through here on a daily basis, but this one was really over the top cruel," said McGuire.

The ducks were euthanized due to the severity of their wounds. McGuire said back in the 80's, there was a horrific case of abuse where pelicans had their beaks cut, and were brought to the center, but this case of abuse against the two ducks is unusual and sad. 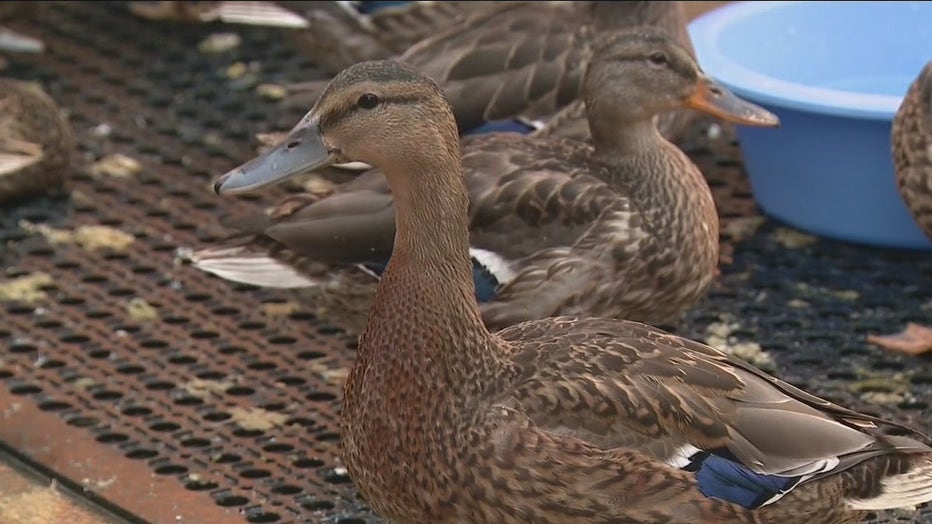 "This is the first time I've seen ducks with their beaks taken off like that. I feel like crying. Every time I talk about it, it just tears at your heart," said McGuire.

McGuire called police to report the abuse, and it is being investigated by authorities.

"They're actively looking into it, the California Department of Fish and Wildlife as well as the Orange County Animal Control and the Park Rangers, the Orange County Sheriff's, but we need the public too. If you hear anything or saw anything, please come forward because this  is a terrible, terrible animal abuse situation. It's just horrifying," said McGuire.